NEW YORK, NY— North America’s top plumbing and pipe-fitting apprentices were put to the test during the 2014 United Association International Apprenticeship Competition, which is held in conjunction with the Instructor Training Program at Washtenaw Community College in Ann Arbor, MI.

The annual competition, sponsored by the United Association of Journeymen and Apprentices of the Plumbing and Pipe Fitting Industry of the United States and Canada (UA), featured 30 contestants from the UA’s six North American districts who had won local and state events. In addition to the North American contestants, there were two Australian competitors competing in the plumbing and sprinkler fitting contests. The competitors represented five piping disciplines: plumbing, pipe fitting, sprinkler fitting, welding and mechanical service. Each competitor was required to complete a series of tests throughout the five-day competition, demonstrating both their knowledge and skill for their craft.

The Copper Development Association (CDA) was responsible for designing and judging the copper component of the competition, which lasted a total of four hours and included nearly every type of joint possible when it comes to copper piping systems.

“Each year, we are blown away by the level of talent demonstrated during the copper competition,” said Dale Powell, project manager and piping applications specialist for CDA. “Many of the contestants scored within 100 points of the 3,000 possible points, which made it a challenge to hand out just five awards.” 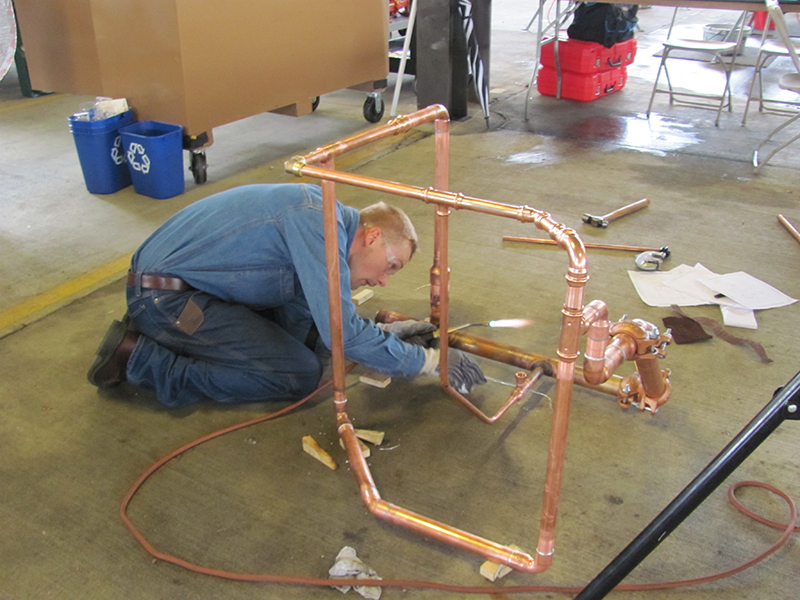 The five winners of this year’s “Best Copper Projects” were:

“The ITP is extremely important to the continued development and success of the plumbing industry,” said Powell. “We are always so impressed by the sheer number of plumbing professionals who attend the program and are committed to furthering their educational career.”