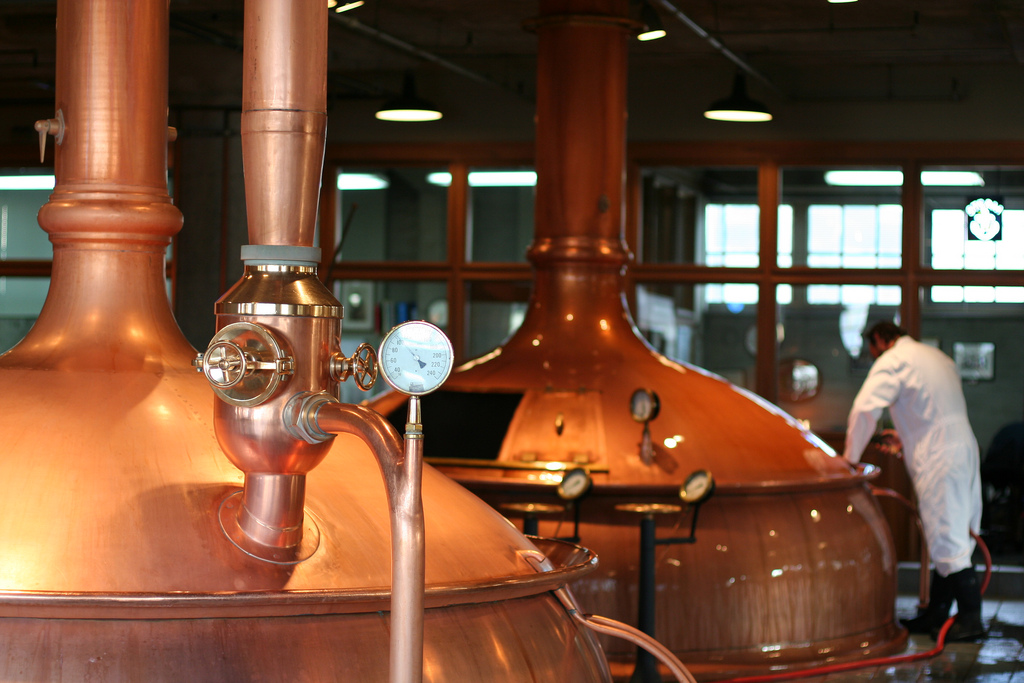 Hydrogen Sulfide (H 2S), a volatile sulfur compound, is a normal byproduct of the fermenting process. But, research has shown that people are very sensitive to the odor of H 2S and can detect this odor as an off-flavor at very low concentrations. Brewers employ number of different means to reduce the levels of H 2S in the beer. These include selection of yeast strains that produce low levels of H 2S, low fermentation temperatures and long aging period with minimum amount of oxygen ingestation. These methods may reduce the level of H 2S, but they could also affect the final flavor of the beer and thus, negatively impact the final character of the beer as far as the consumer is concerned.

Researchers have found that the most effective means to control H 2S is by using copper which removes the H 2S as copper sulfide (CuS) which can then be removed from the final product. The key is to precisely control the level of copper that is exposed to the beer - excess copper can result in higher levels of sulfides in the beer. The above paper discusses the use of an electrolysis system that permits the brewer to add precisely controlled and minute amounts of copper to the beer.

This system consists of copper electrodes (anode and cathode) that meets the purity standards necessary to avoid contaminating the beer. The electrodes are mounted inside a stainless steel housing and the electrical current is supplied to the electrodes via bolts which are insulated from the housing with special bushings. Results indicated that this system reduced H 2S levels in beer from 4 parts per million to nondetectable levels. More importantly, the H 2S in the beer made with the copper electrolysis system was not detectable by sensory taste panels. So, next time you enjoy a cold one, remember that copper probably played an important role in delivering the wonderful taste!

Complete details of this research can be found in the Master Brewers Association of the Americas Technical Quarterly 2004, Volume 1.