NEW YORK, NY— Kids now are back in school and soon it will be time to start on science projects. Students can get a head start on the research and choose copper as a topic, the multi-purpose metal that's been around for 10,000 years.

Today, copper is one of the most widely used metals in the world. Copper's value was captured as early as 5,000 B.C., the dawn of metallurgy. Metal smiths discovered that mixing metals would create alloys that were stronger, lighter or easier to use, according to the Copper Development Association. Thousands of years ago, it was discovered that copper combined with tin made bronze, and copper alloyed with zinc made brass. Pure copper and more than 400 copper alloys are in use today.

See for yourself what copper can do.

Copper Experiment 1: Try the Fingerprint Disinfection Test, a simple science experiment you can do to compare the antimicrobial properties of stainless steel and copper. 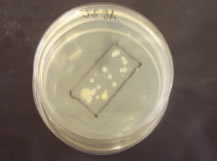 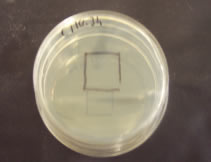 Copper Experiment 2: See what happens when you take 10 dirty pennies and wash them in a mixture of lemon juice, vinegar and salt. What does the mixture do?
Check out the project - and the answer.

5 Things You Need To Know About Science Fairs

Source: Society for Science and the Public