The Art of Crafting Copper Currency

One hundred and fifty tons of copper -- that specific amount was the focus of one-cent and half-cent coin legislation dated May 8, 1792.

“Be it enacted by the Senate and House of Representatives of the United States of America in Congress Assembled, That the Director of the Mint, with the appropriation of the President of the United States, be authorized to contract for and purchase a quantity of copper, not exceeding one hundred and fifty tons, and that the said Director, as soon as the needful preparations shall be made, cause the copper by him purchased to be coined at the Mint into cents and half cents.”, according to the U.S. Mint, which has the original legislation on display on their website. 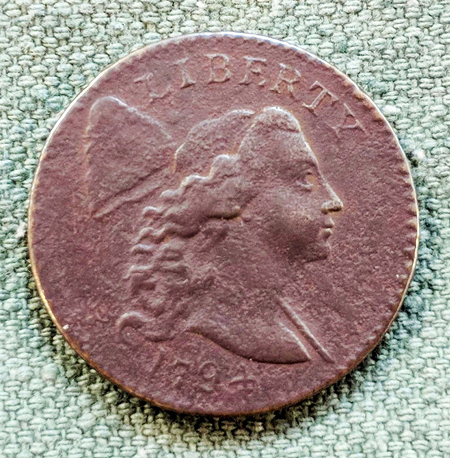 Despite representing the smallest denomination of currency, copper played an important role in marking the inception of cents produced by the United States’ first national mint.

“The coins were worth their weight ,” says Frank Hendrickson, co-owner of Coins and Currency of Wayne, Inc., located in Wayne, Pennsylvania, with his wife Sandy. “They used copper for the smaller denominations because of the smaller value of the metal.”

This 1792 legislation was established a little over a month after Congress passed the Coinage Act, establishing the first national mint in the United States in Philadelphia.

“During the Colonial Period, monetary transactions were handled using foreign or colonial currency, livestock, or produce,” according to the U.S. Mint. “After the Revolutionary War, the U.S. was governed by the Articles of Confederation, which authorized states to mint their own coins.”

Hendrickson, who is a nationally recognized buyer and seller of U.S. and world coins and currency since 1964, as well as an authorized dealer for the United States Mint, says New England, particularly Vermont, was one of the primary locations where the U.S. Mint sourced their copper to make cents.

According to the U.S. Mint, the metal composition of the cent, also known as a penny, was pure copper from 1793 until 1837. The Mint offers a brief chronology on the shift in composition over time.

However, in 1943, for one year only, the coin’s composition was changed to zinc-coated steel.

“They made steel pennies that year because they needed copper for the war to make bullet casings and such,” Hendrickson says.

Something significant happened from the perspective of numismatics when some copper-alloy cents were made that were intended to be steel.

“It’s rare because it was an off-metal of what it was supposed to be,” Hendrickson said. 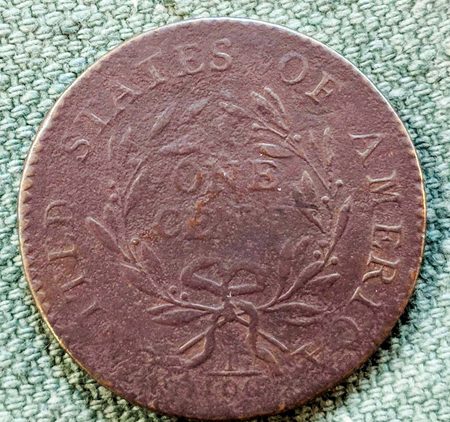 According to the U.S. Mint, coin experts speculate the 1943 bronze coins were struck by accident when copper-alloy 1-cent blanks remained in the press hopper when production began on the new steel pennies at the Philadelphia and San Francisco Mints. According to the U.S. Mint, there are only 40 copper-alloy cents known to remain in existence, which is what makes them so valuable.

That is, until more recently when a 1943 copper-alloy cent, that is the only known example of a cent mistakenly struck on bronze planchets in the Denver Mint, was sold for a record $1.7 million according to the Professional Coin Grading Service.

After the composition of the cent was changed back to bronze In 1944, it remained until 1962 when the tin content was removed.

“That made the metal composition of the cent 95 percent copper and 5 percent zinc,” according to the U.S. Mint.

The cent continued to be made of this particular copper and zinc composition until 1982.

“The composition was changed to 97.5 percent zinc and 2.5 percent copper (copper-plated zinc),” states the U.S. Mint, referring to that change taking place in 1982. Pennies, technically ‘cents’, remain this composition today.

To mark the transition in 1982, special cents were made.

“They made copper for the first half of the year and then in the second half switched over to zinc to prevent people from hoarding them, Hendrickson says.

According to Hendrickson, one of the reasons that has driven the ongoing change in composition of the cent has to do with a rise in copper prices.

“Pennies were getting too expensive to produce,” Hendrickson says.

Something Hendrickson has seen in the last five to ten years with regards to copper has been the making of copper bullions.

“They are starting to sell copper in one ounce pieces just like they sell one ounce of gold and silver,” he said. ““People want to take a chance with a lower value metal in hopes it will go up like gold and silver.”

Today, Hendrickson says that most people don’t have an awareness that copper is a part of all of the U.S. coinage filling up their change purses.

“If you look at the composition of nickels, dimes, quarters and halves, they are part copper,” he said, aside from pennies.

In the future, Hendrickson says the cent might become obsolete, in large part due to the current cost to make a penny, which is more than the value of the coin itself.

“The U.S. government wants to discontinue the cent — they have been talking about it for decades,” he says. “It costs the government too much money to manufacture them.”

US Mint, Philadelphia, PA, and Coins and Currency of Wayne, Wayne, PA