The Pavilion at Grace

Grace Episcopal Church has been part of downtown Providence since 1844. The church, which is on the National Register of Historic Places, offers a quiet sanctuary from the bustling neighborhood's hotels, restaurants, shops, and clubs. The character of The Pavilion at Grace is a modern version of the Gothic church. It is built to age gracefully, and to be a part of the community for decades to come. The Pavilion is clad in copper that will patina to match the copper roof of the church. The copper tubing used on the façade’s tracery was influenced by tracery found in the stone columns and windows of Gothic churches, which was used to make the churches look more delicate. The façade’s tubular tracery lends the appearance of thinness, making the Pavilion feel like a sprightly child sitting next to their sophisticated father. The copper ornament complements the stone details of the original church so that each building tells its own story. 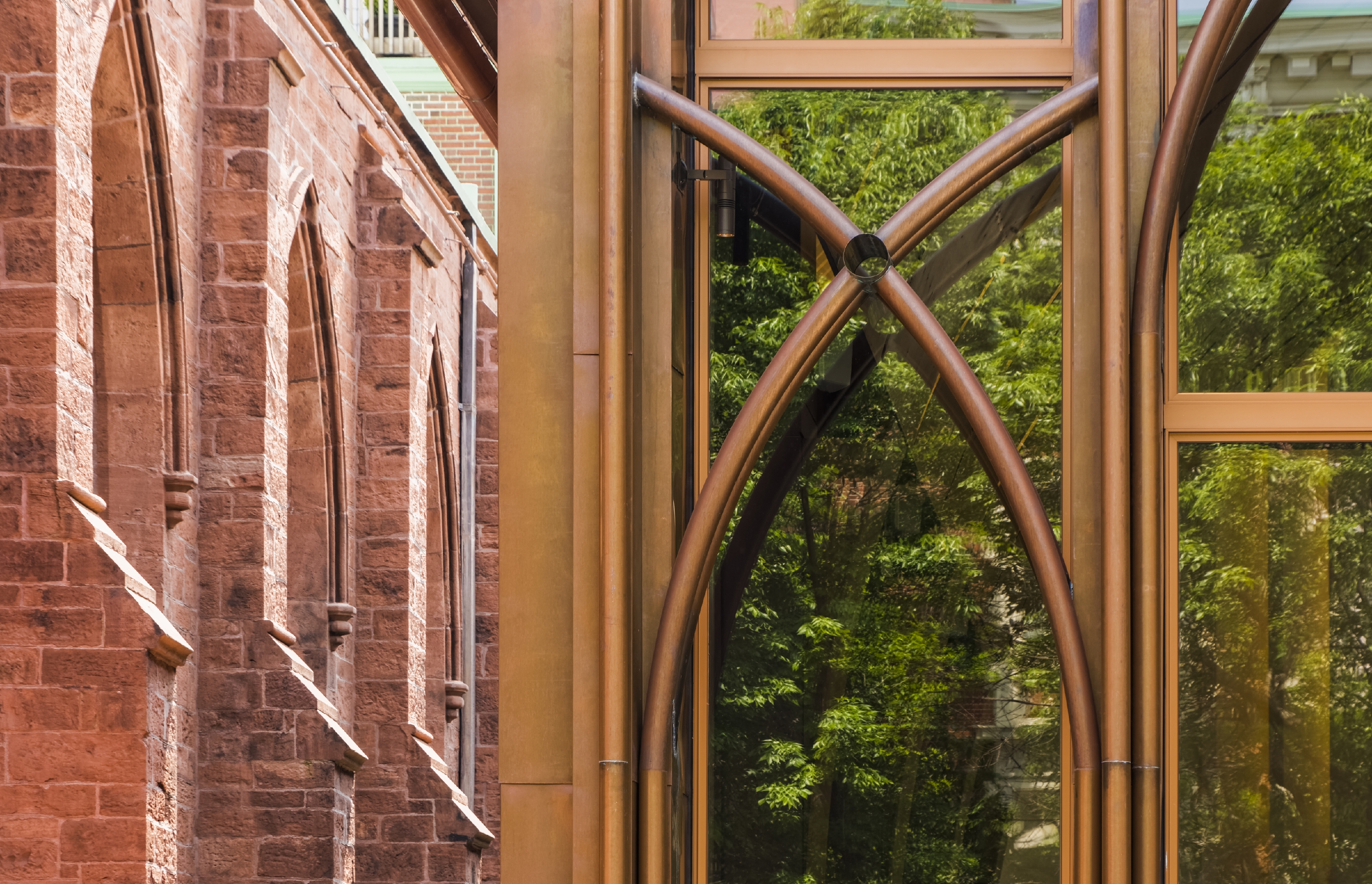 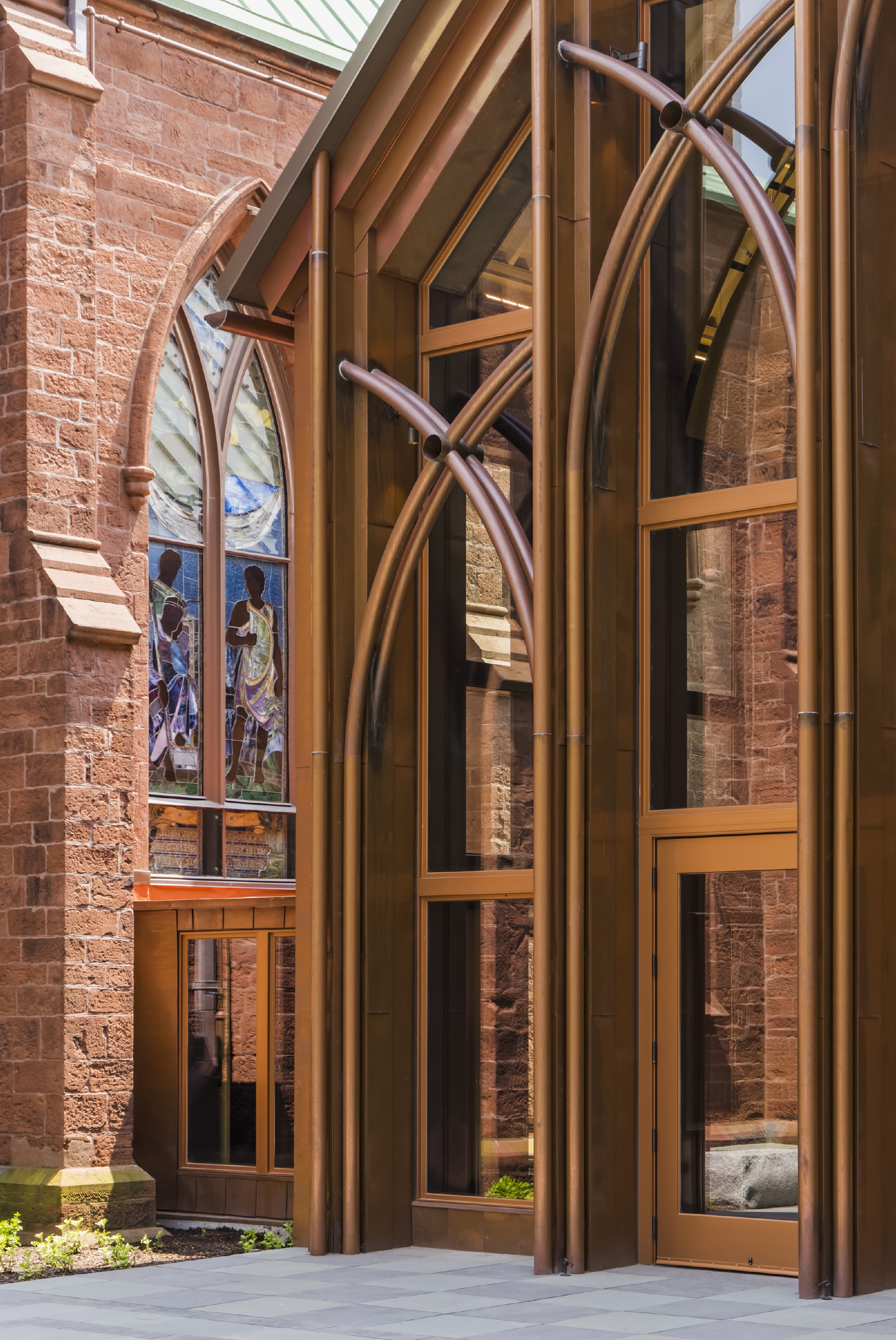 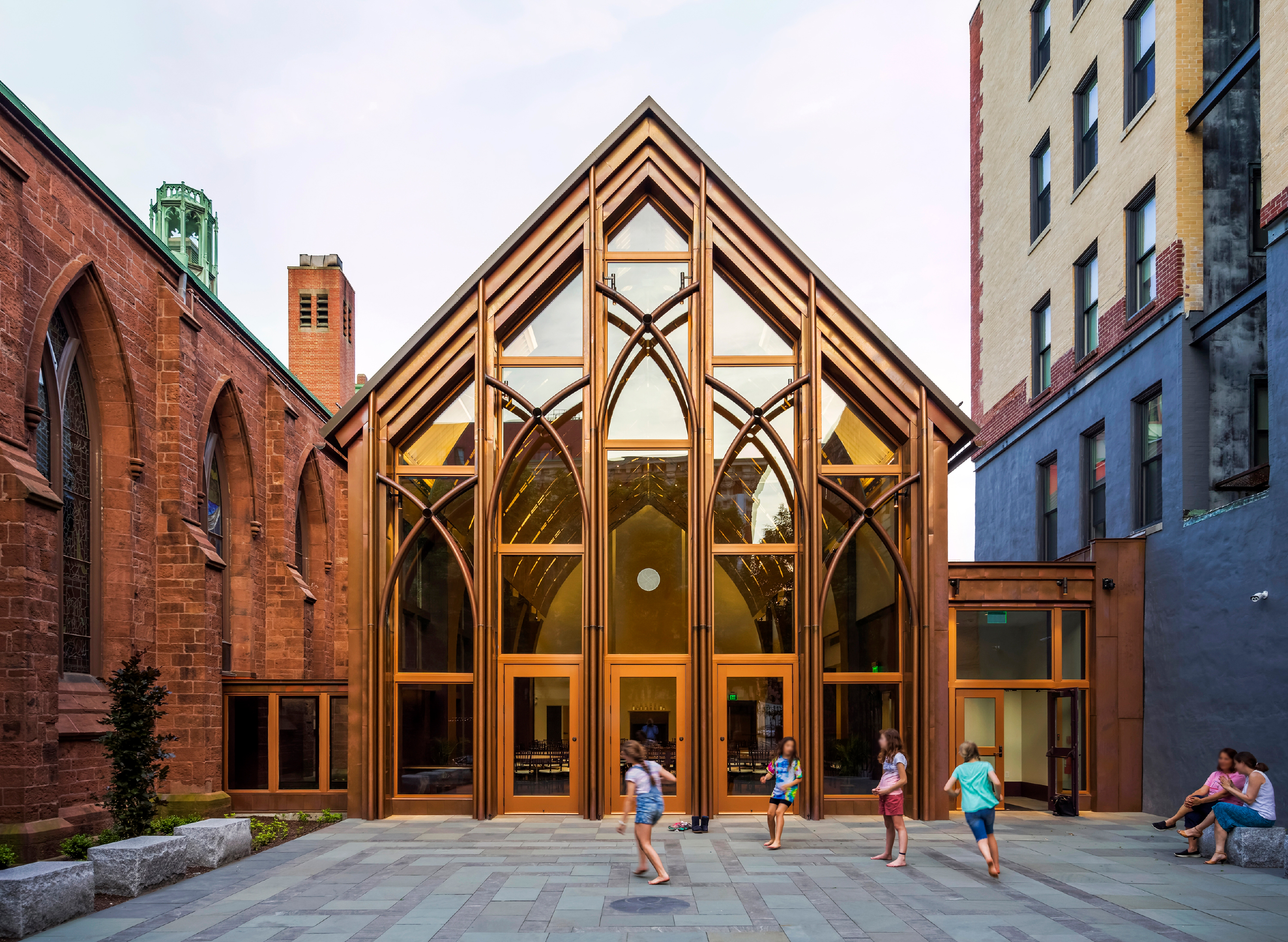 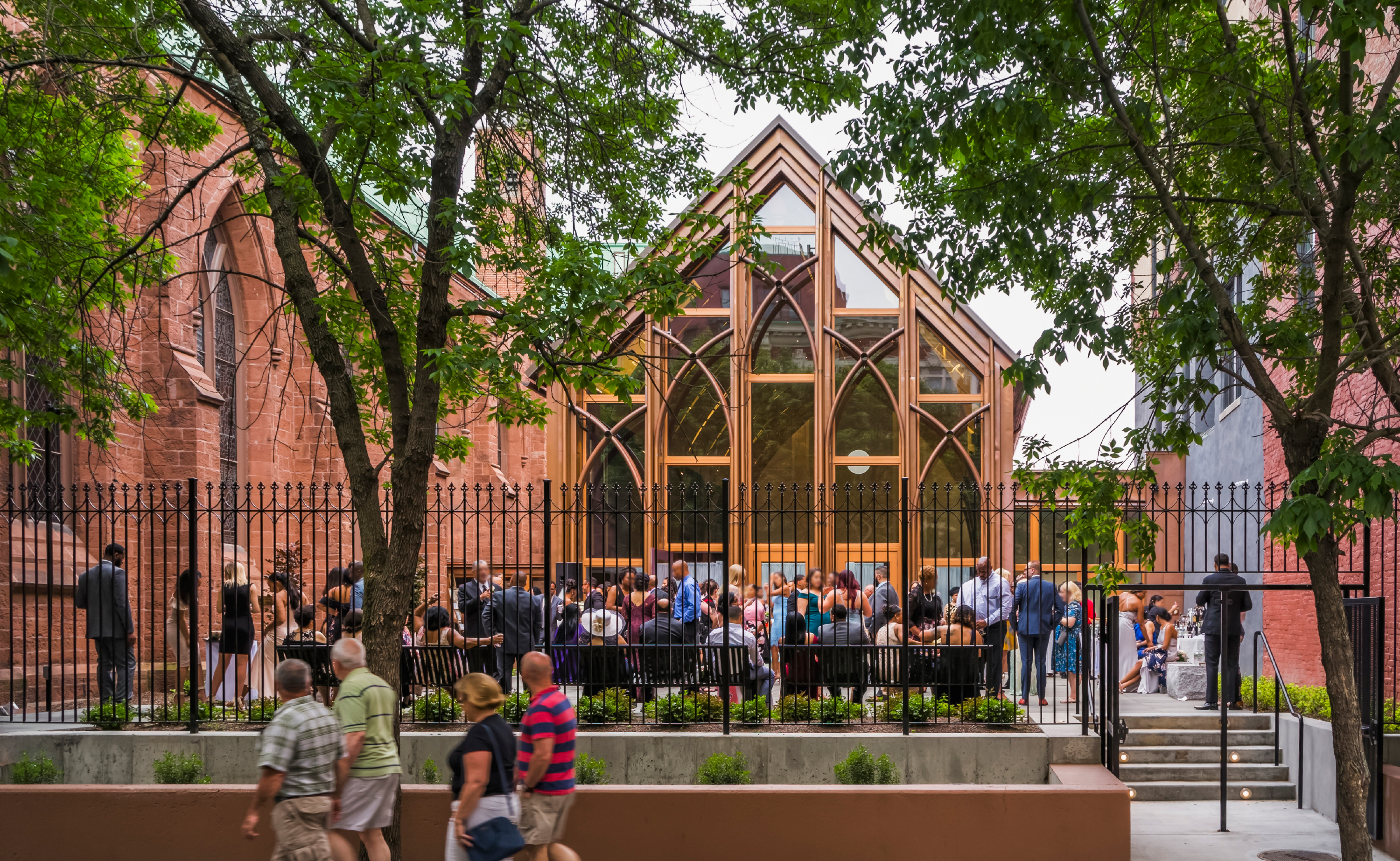 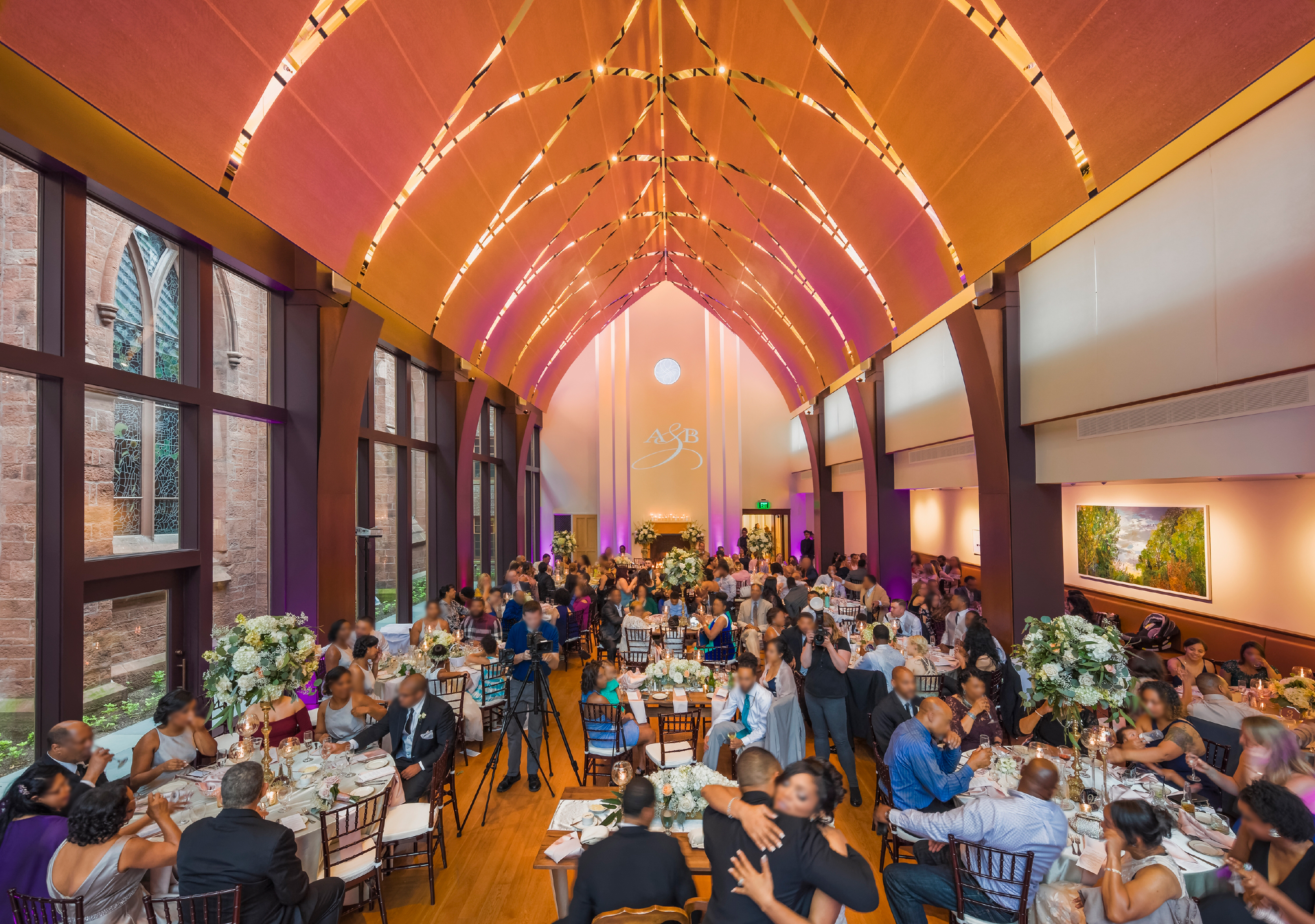 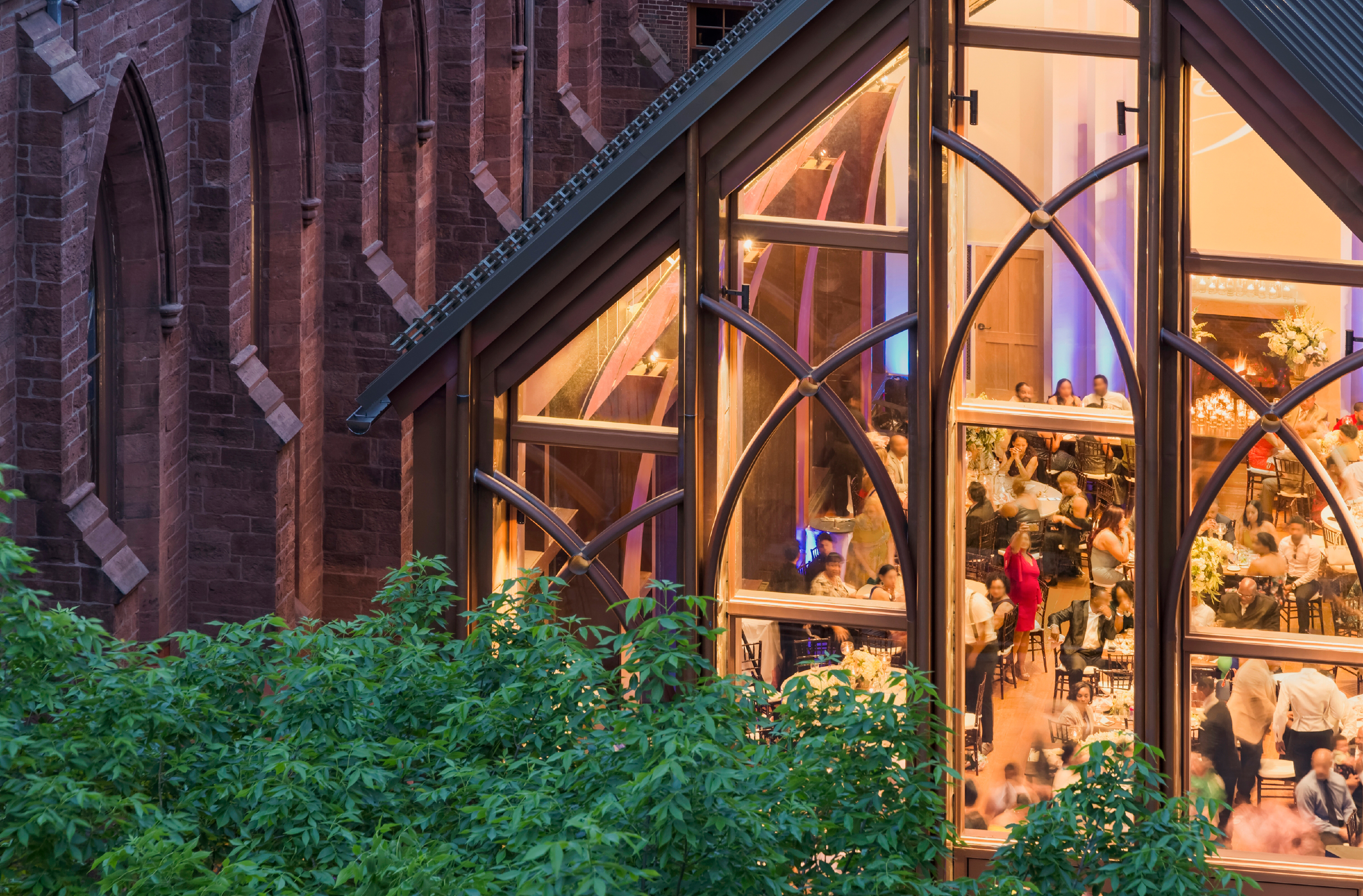 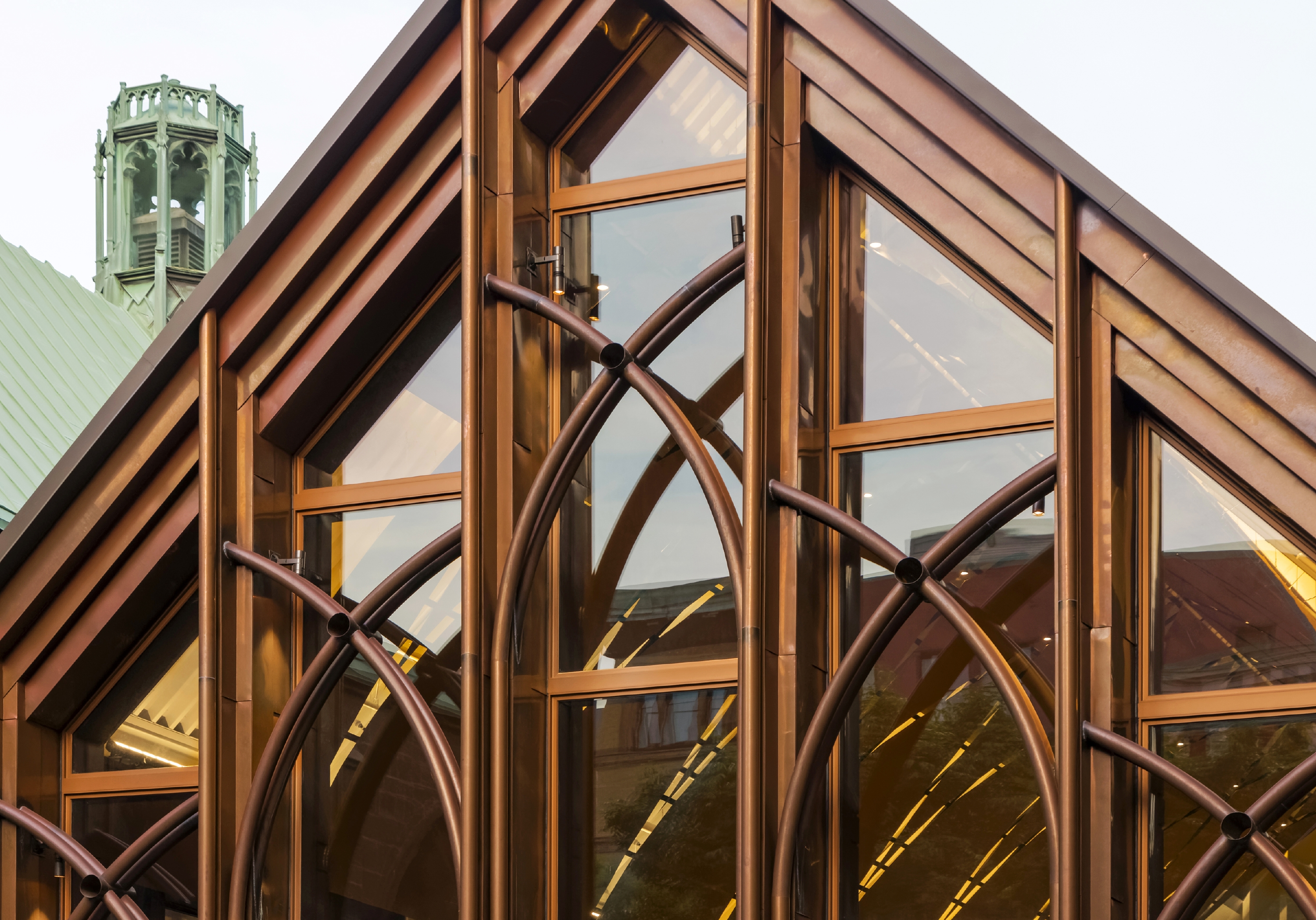 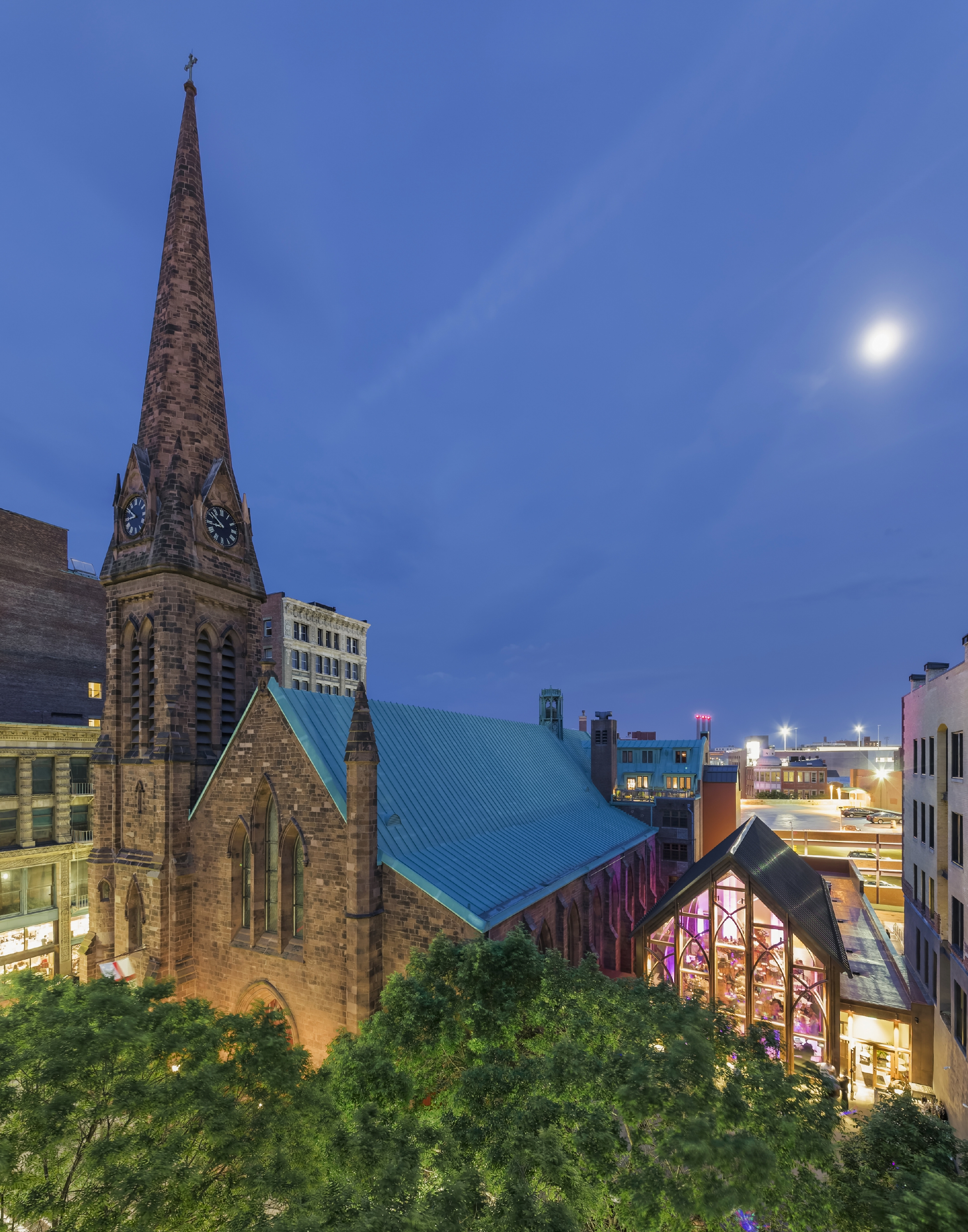