The Fitzroy is a residential building designed by Roman and Williams. Facing north and seated very near the highline, the 10-story building springs forth from the earth on 24th St between 10th and 11th Avenues. The language of the building at first impression is likely best labeled Art Deco. Clad in highly articulate dark green terracotta ornament with a copper storefront, the façade of the Fitzroy is designed in a traditional manner – with a base, body and head. The head emerges at the setback, forming into a buttressed dormer and terraces, and is then crowned with a fluted band of brass, terracotta, and bronze. Art Deco, the last familiar and labeled ornamental and decorative movement in architecture, ended abruptly in 1939 with a fascination with abstraction and simplification. Roman and Williams chose to design the building in the continued, raw, undistilled, and dramatic spirit of that era – as if that approach to architecture had not abruptly ended, and an artistic and expressive approach to architecture was still continued and expected.

170 different unique and original custom Terracotta profiles were designed for the façade - from the 2nd floor cornice to the crown - the entire façade is covered with these profiled panels. Including the complex dormer and buttresses, the tiered steps and brackets, the fluted and beveled shoulders that run up the building and the acroteri at the double entries. The first and second floors are covered in copper detailing; pilasters, frieze, cornice, and more - all custom profiles of a beveled and prismatic nature. Copper-clad solid oak windows define the building’s fenestration. The same terracotta ornament wraps in and around the exterior’s terraces of the upper three floors, with glass and bronze railings defining the edge. The 2nd floor residence covers the buildings entire footprint and enjoys a sunny filled rear deck surrounded by ivy and a lovely view of the rear of the building – which is covered in Terracotta brick entirely.

Inside are 14 residences with 11-foot ceilings and a mix of 2 to 5 bedrooms. Inside the apartments, prismatic oak baseboards and casings delineate and identify the rooms and carefully composed floorplans. A reeded, painted crown outlines the perimeter of the primary rooms. The kitchens are a mix of copper hardware and high-gloss warm grey paint, over the highly detailed legged, paneled, and bracketed kitchen cabinets. Throughout the residences, Roman and Williams’ R.W. Atlas line of plumbing fixtures and hardware is used. The bathrooms are executed in marble with a freestanding copper bathtub in the master bathrooms. Amenities included in the building are wine cellars, a children’s playroom, a fitness center and a rooftop deck.

This is Roman and Williams’ third building in NYC, after 211 Elizabeth St and The Viceroy Hotel at 57th St. Together these three buildings and their interiors communicate that a traditional language and voice – especially an eccentric, unique and non-abstracted one - can be heard and is still alive and real in New York today, tomorrow, and far into the future. 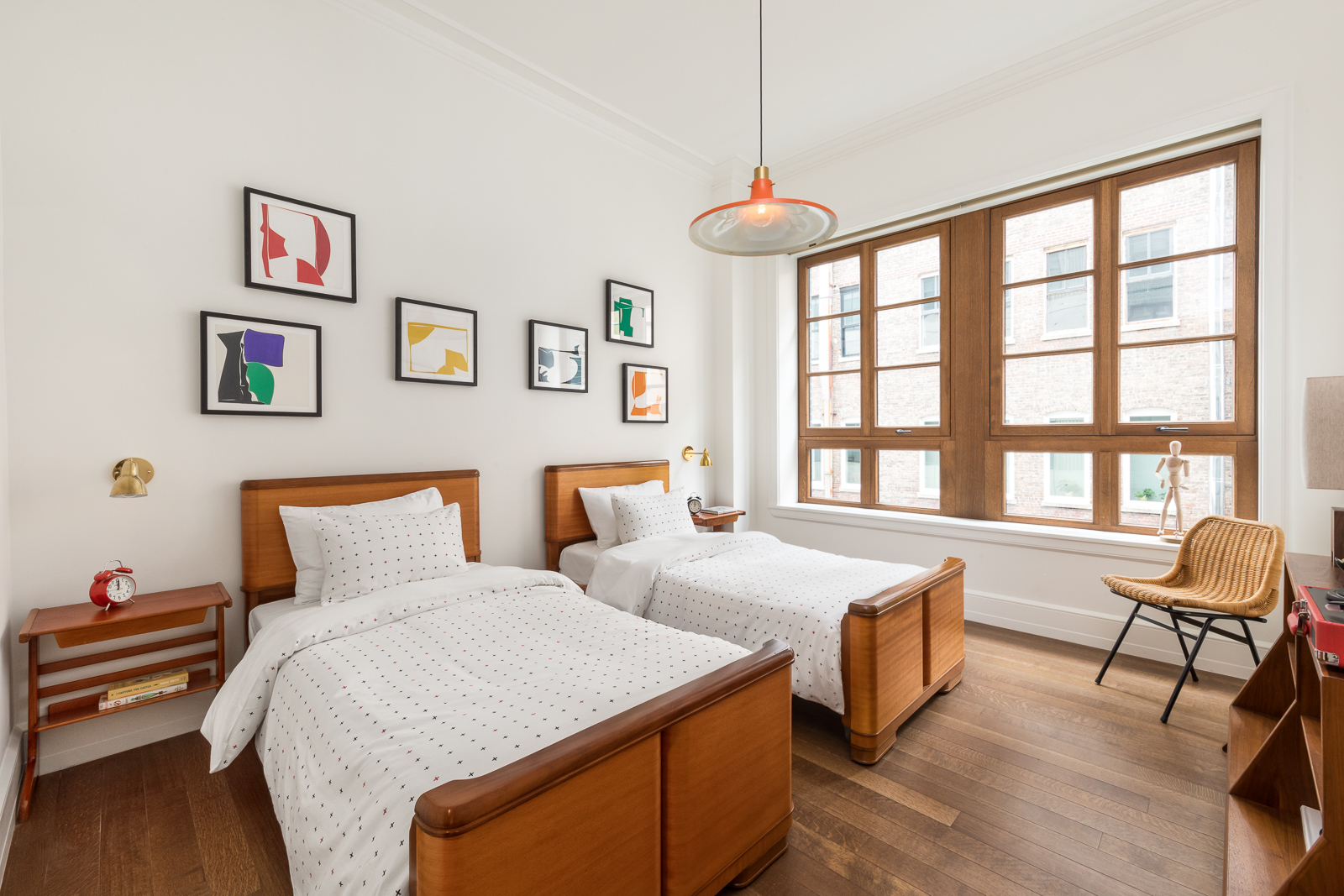 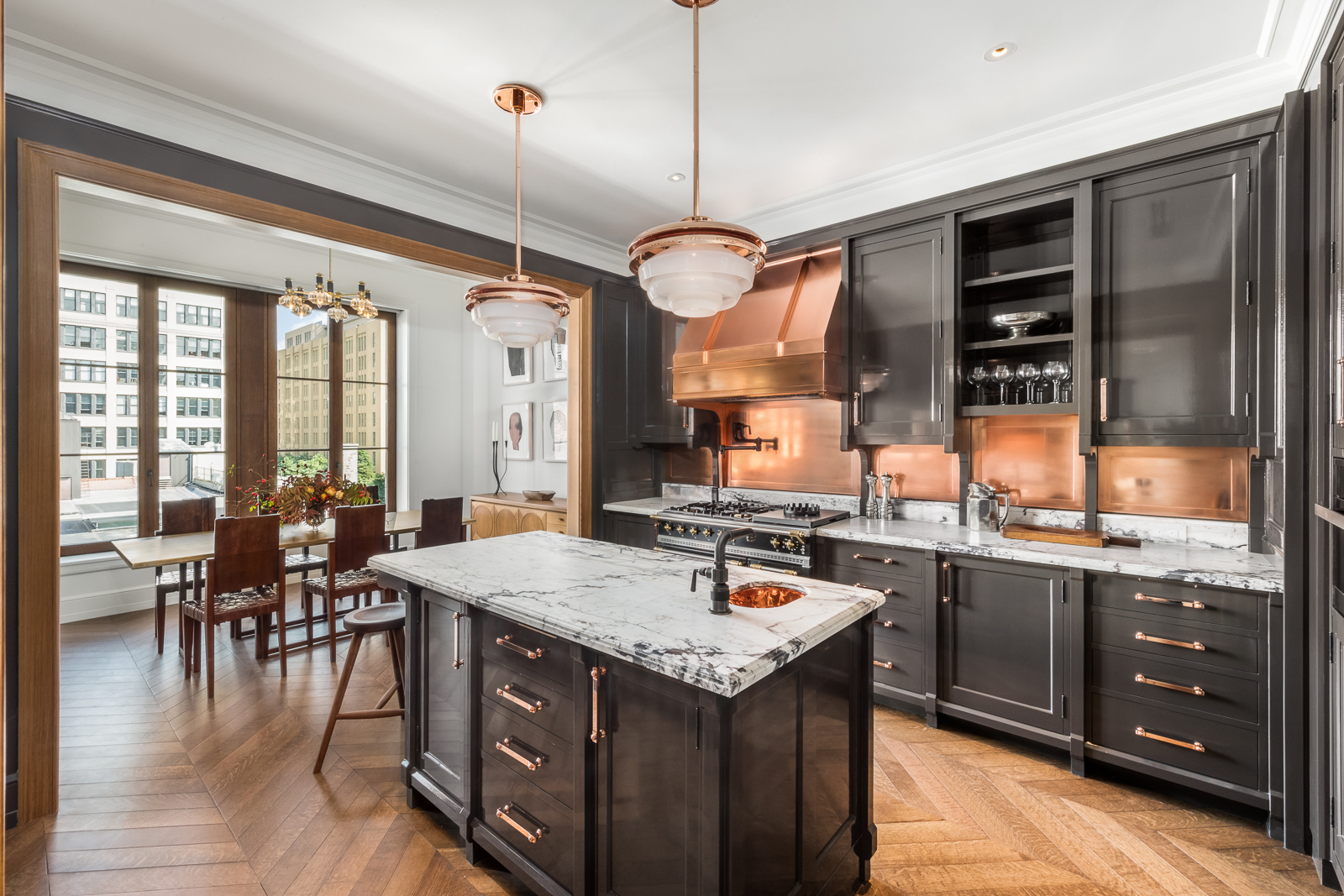 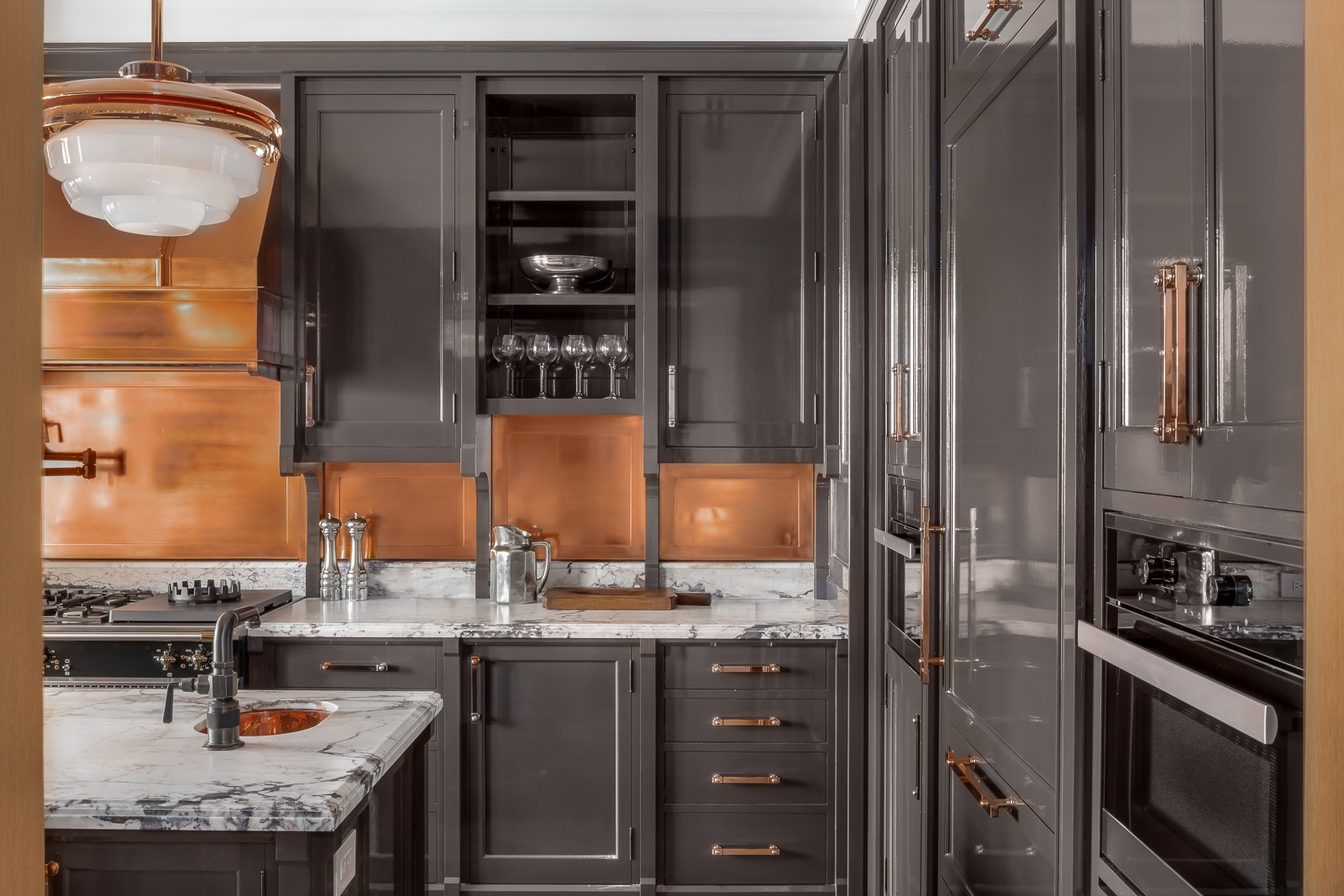 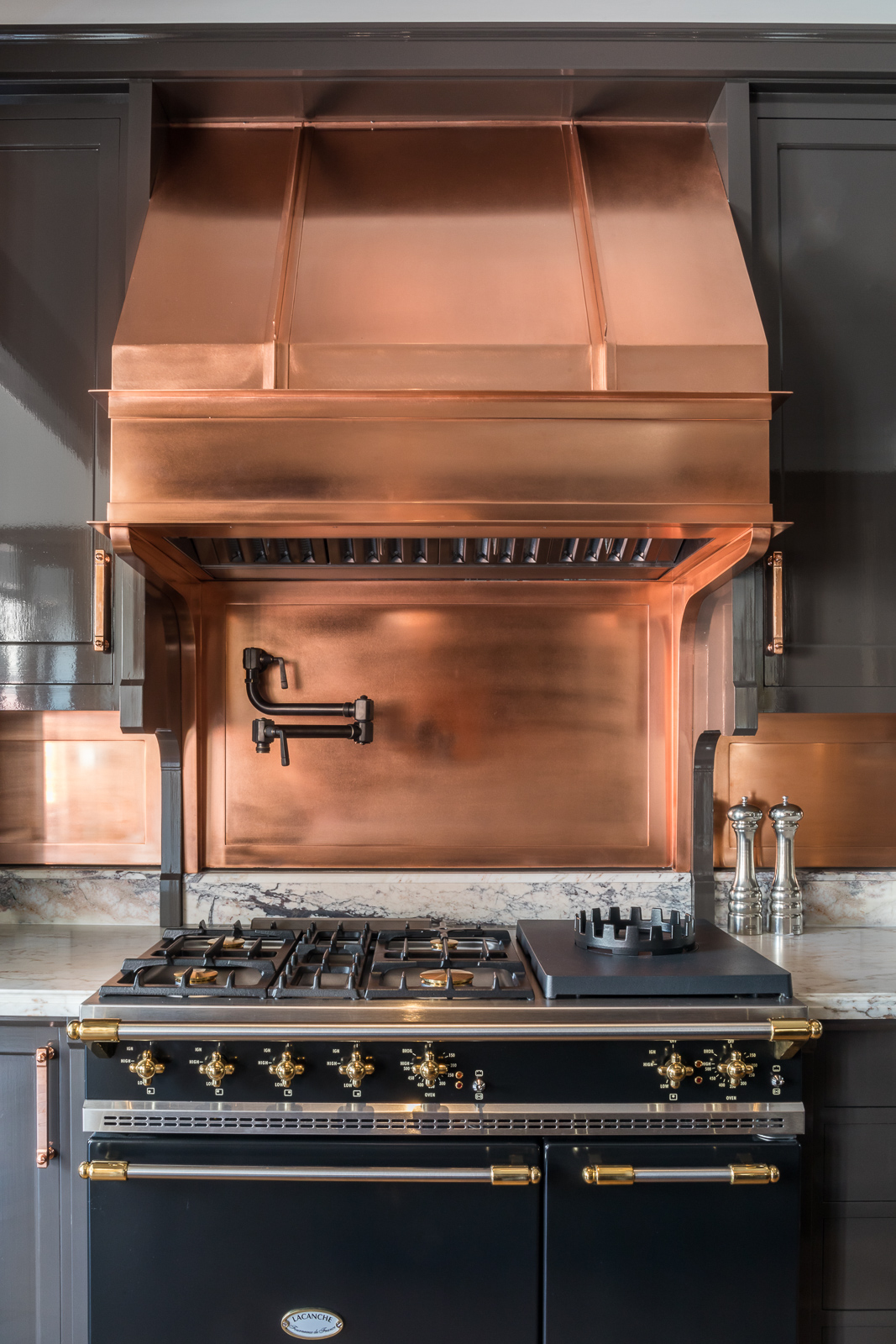 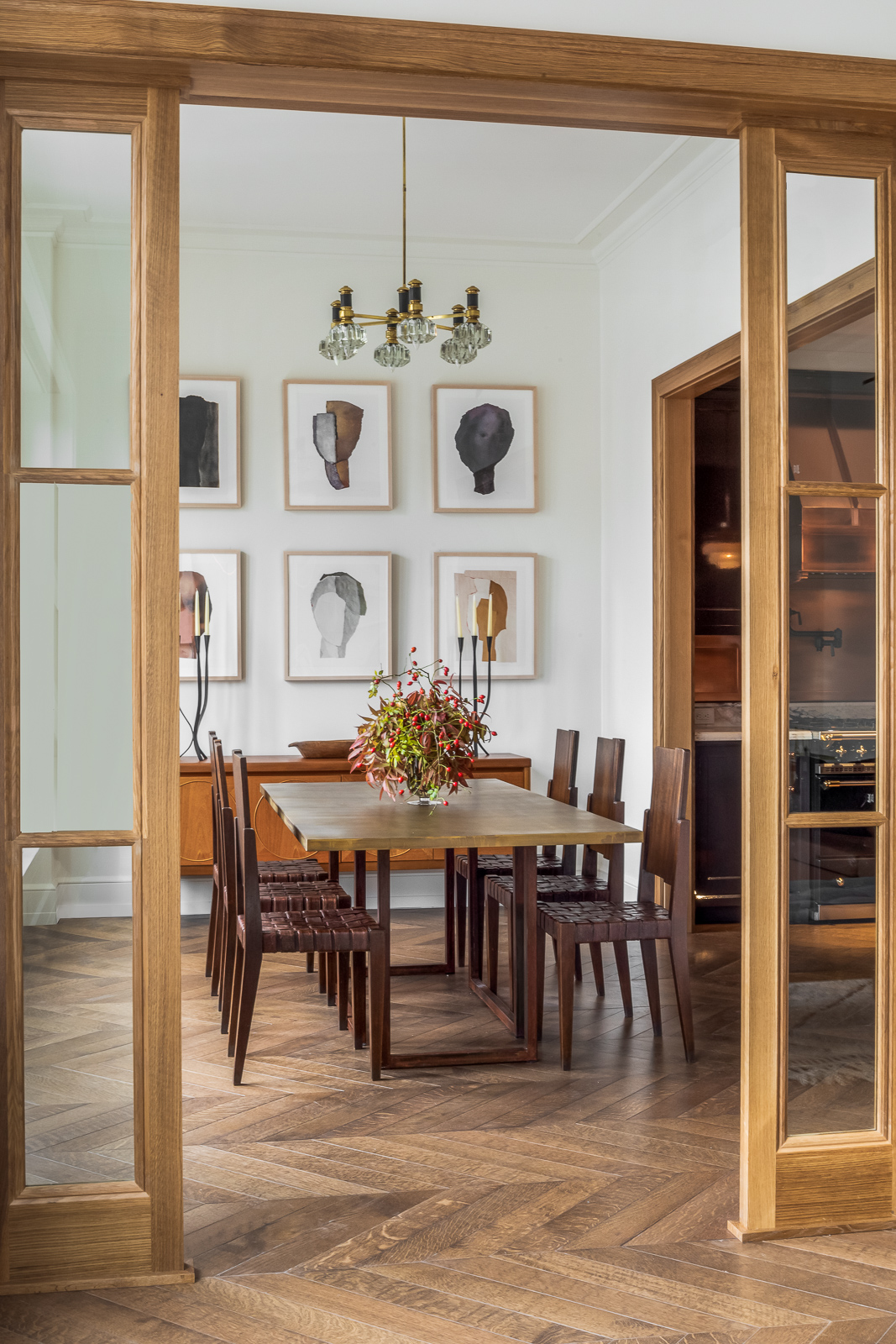