When the American Antiquarian Society (AAS) was presented with the National Humanities Medal by President Barack Obama in 2014, the citation stated it was for “safeguarding the American story.” This new three-story, 7,000-square-foot addition to Antiquarian Hall does just that; using copper to dramatically increase the Society’s capacity to preserve and share the multitude of American stories documented in the printed record of our nation’s past.

This expansion project uses copper as an integral, dynamic aspect of the design’s effectiveness in portraying the AAS as an active and engaged institution and in directly supporting the preservation of the contents within. The team selected copper because it connotes sensitivity, durability, and value better than any other metal in architecture, and because it complements the brick and stone of the existing building while offering a striking contrast.

This expansion features a mechanical room to house a modern HVAC system, ensuring high-quality climate control for collection preservation, a flexible multipurpose room for programing, and a state-of-the-art conservation lab. The façade of the addition will present a welcoming face to the community, opening up a portion of the historic library to view through a glass and patinated-copper façade facing onto Park Avenue, one of Worcester’s busiest thoroughfares. The AAS and the design team felt that pre-patinated copper was the optimal design choice because it stands the test of time both physically and visually, and so that the full glory of patinated copper could be achieved without waiting decades. This addition has a distinctly modern flavor that nevertheless ties in with the historic elements of Antiquarian Hall. 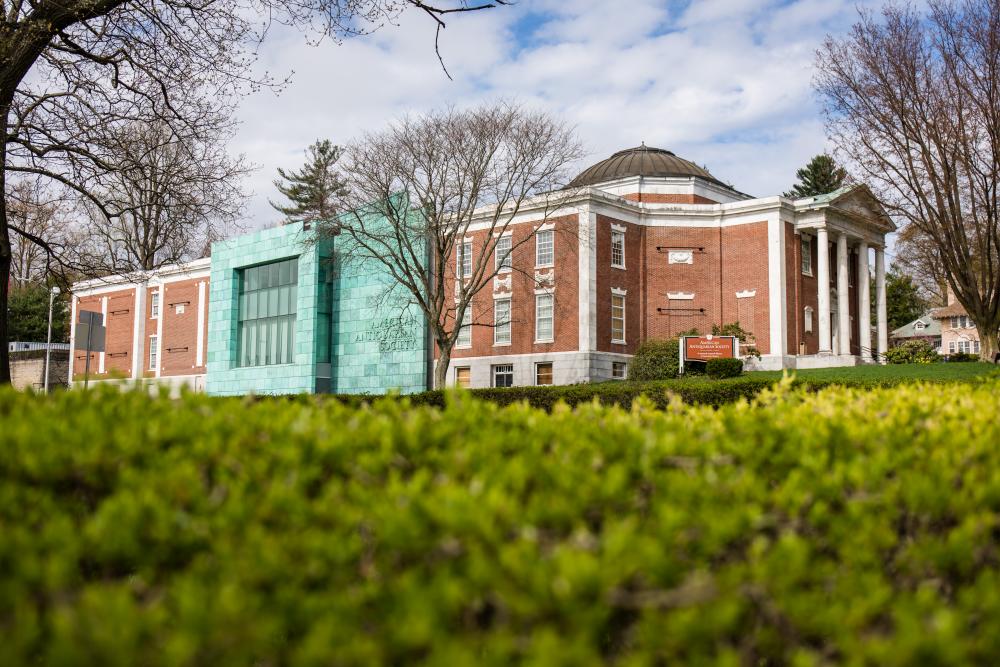