The West Block is one of the three iconic buildings on Parliament Hill. Built in three stages between 1865 and 1909, it is an outstanding example of Gothic revival during the last half of the 19th century. The original roofing material for the Parliamentary buildings was polychrome slate. However, after a fire destroyed much of the West Block's roof, the government made the decision to convert the roofing material to standing seam copper, which it has remained ever since. When the West Block Rehabilitation Project restarted in 2007, the copper roofing was identified as needing repair, preservation or replacement. Replacement was done in-kind, replicating the language of the original installation. Where appropriate, improvements to the details were introduced to increase durability. 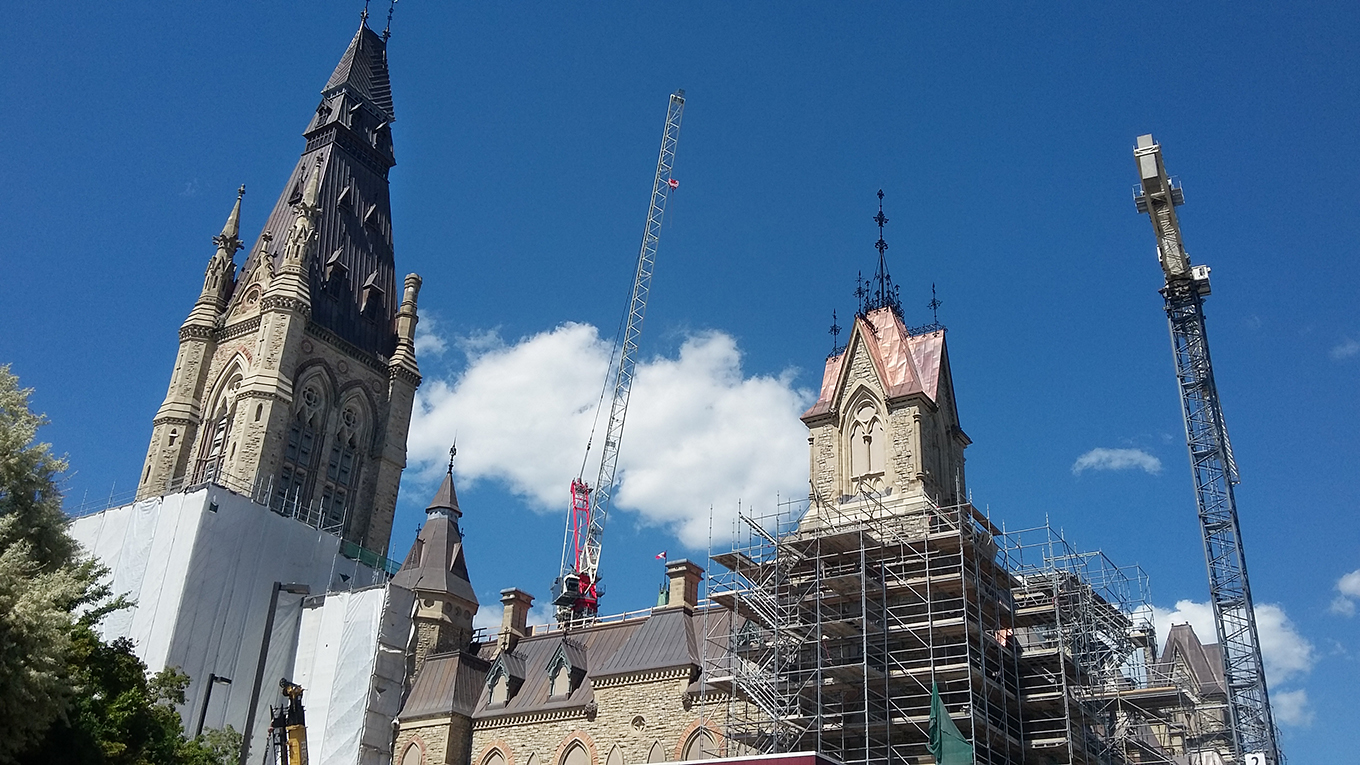 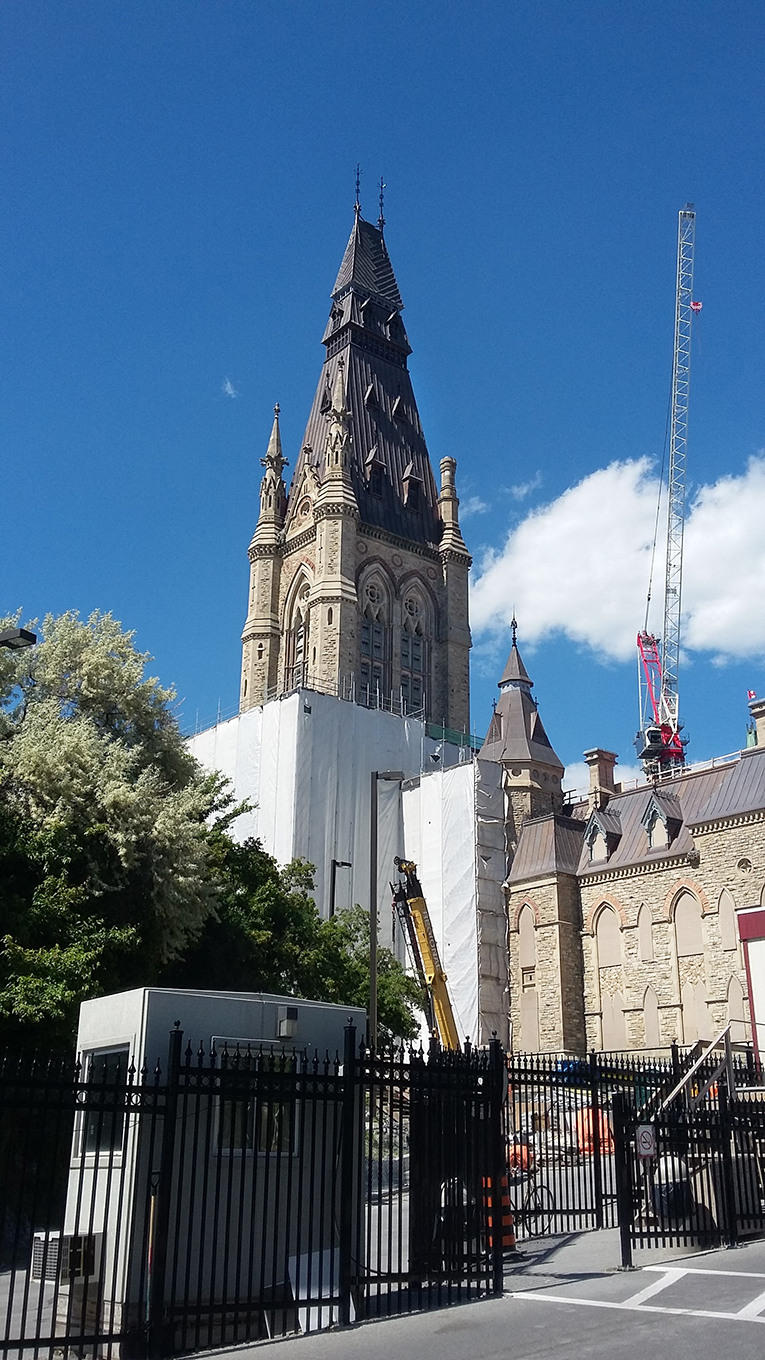 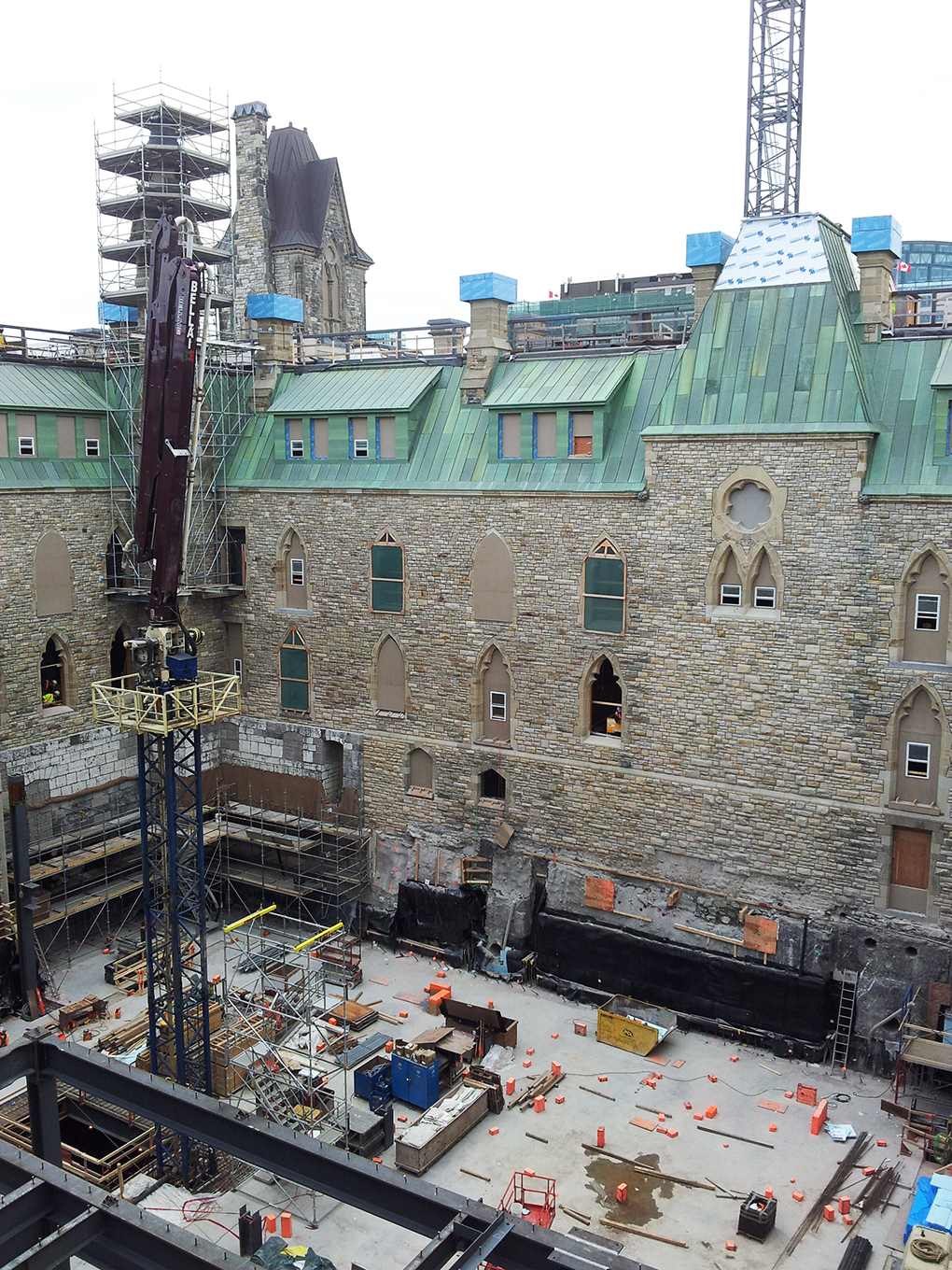 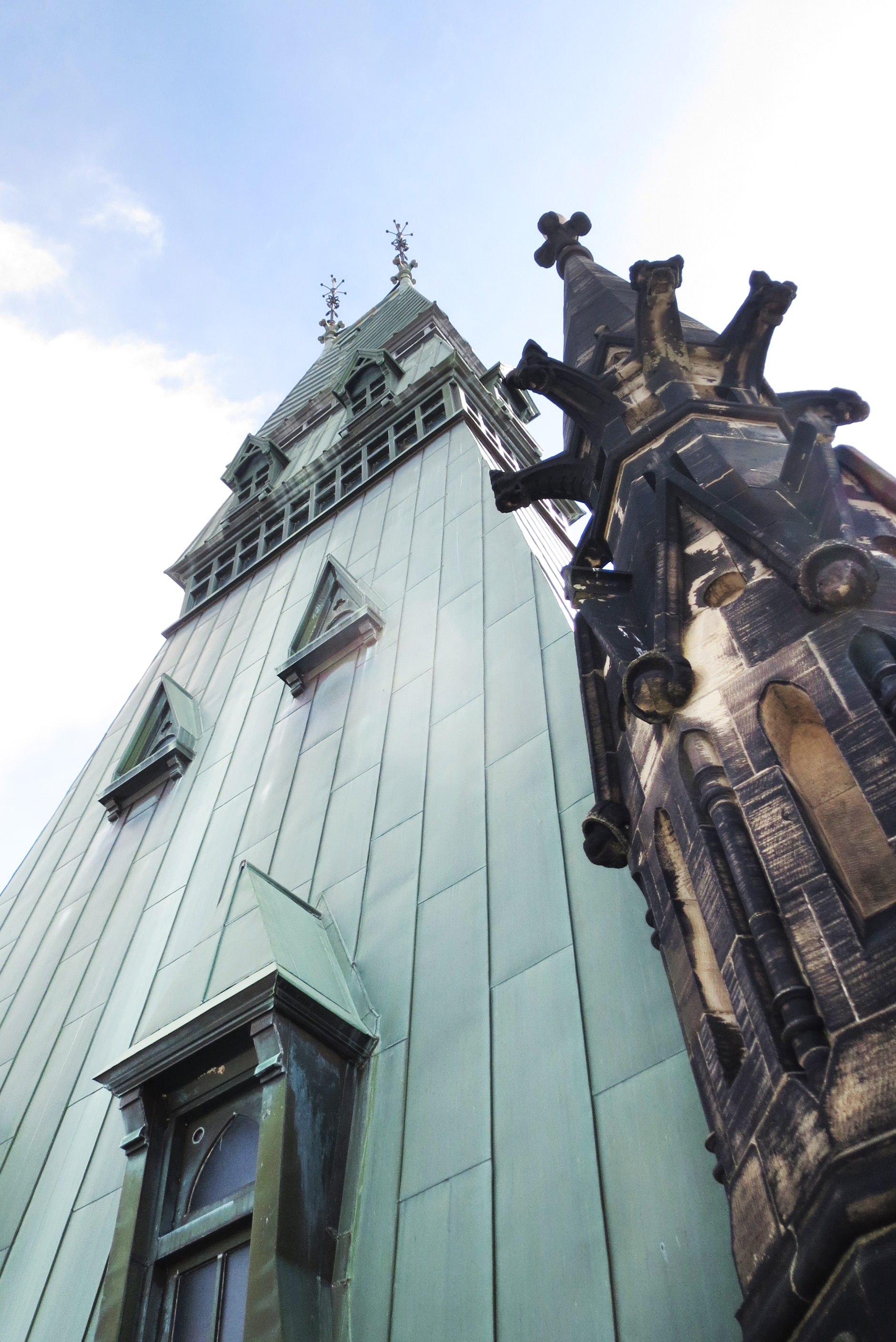 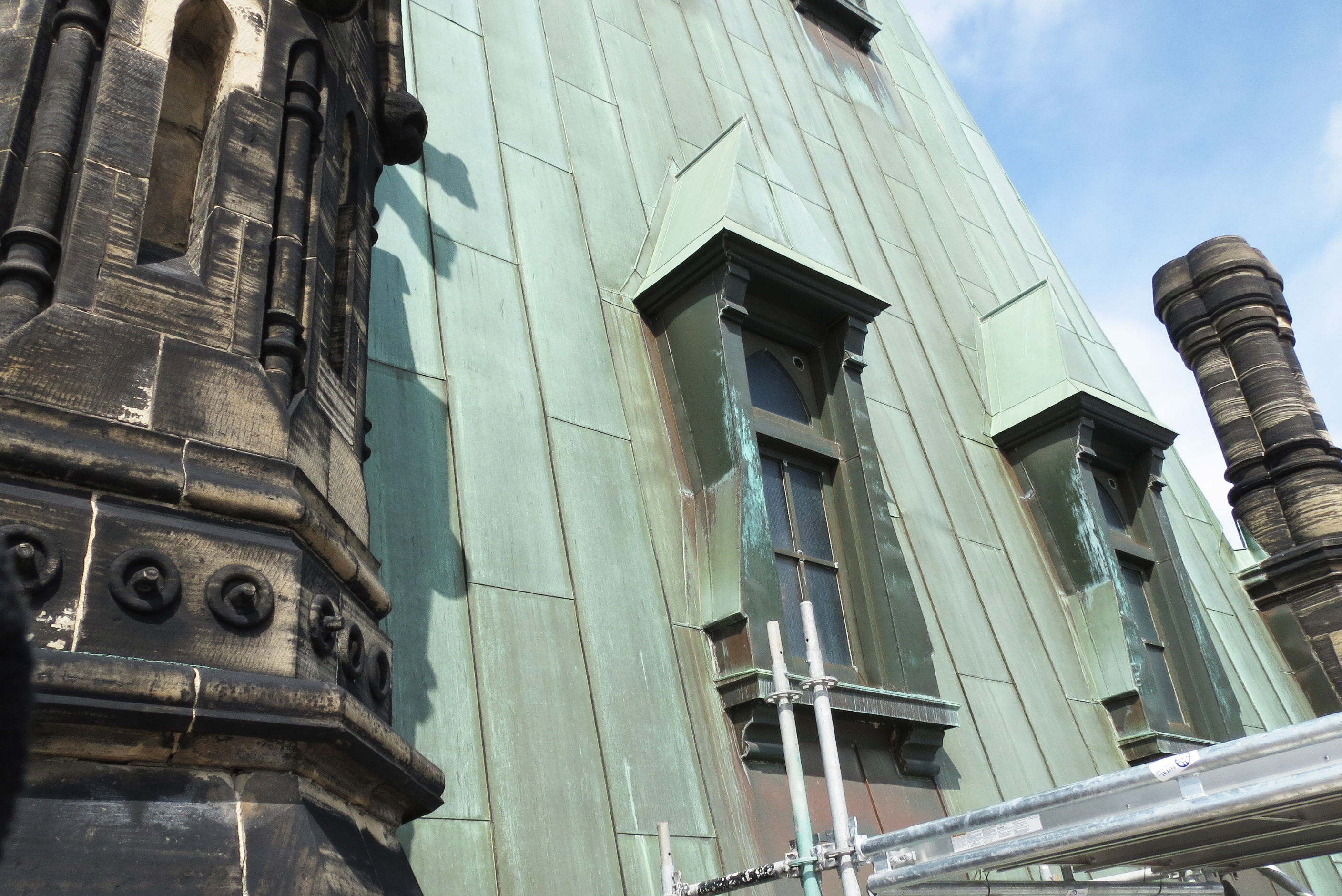 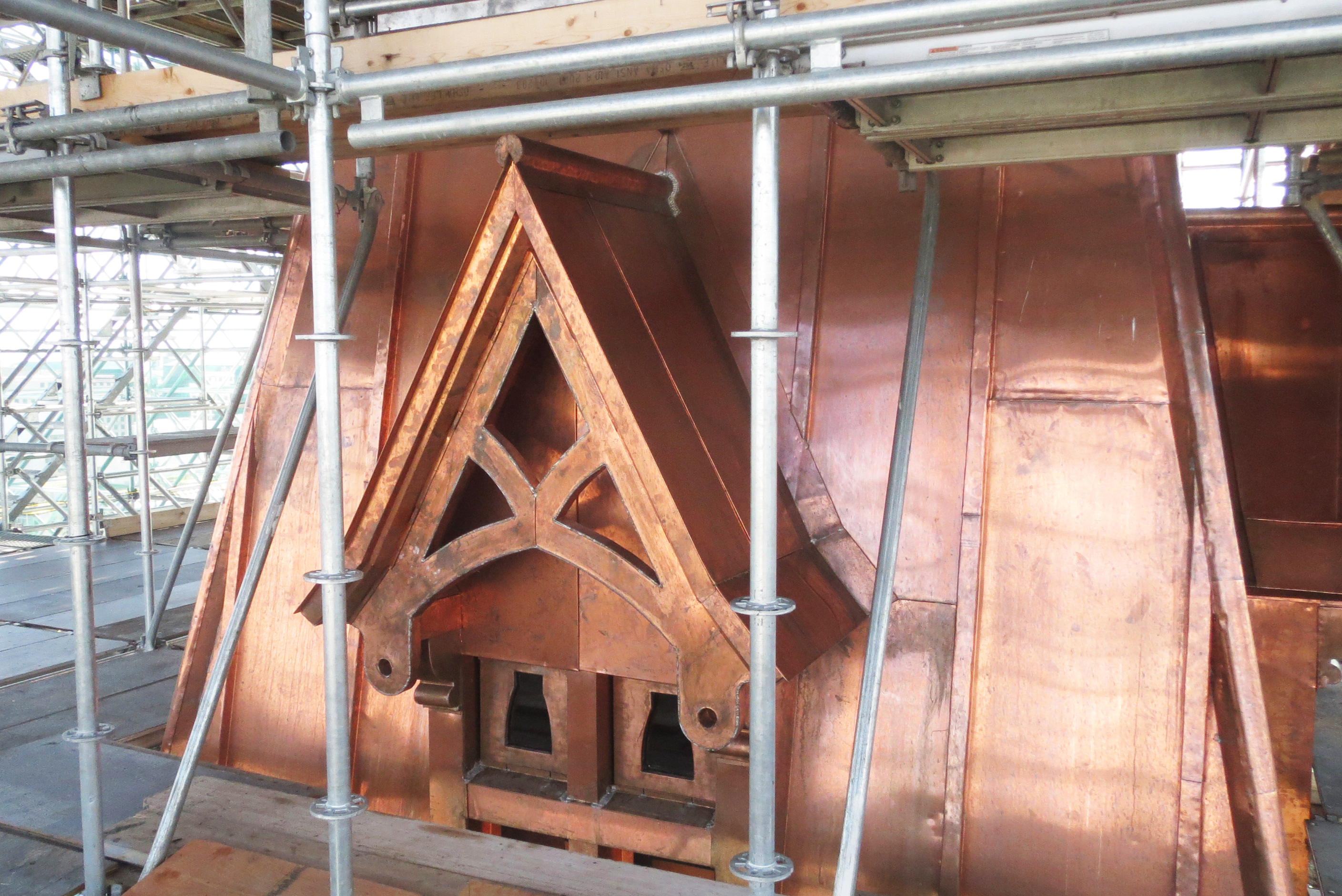 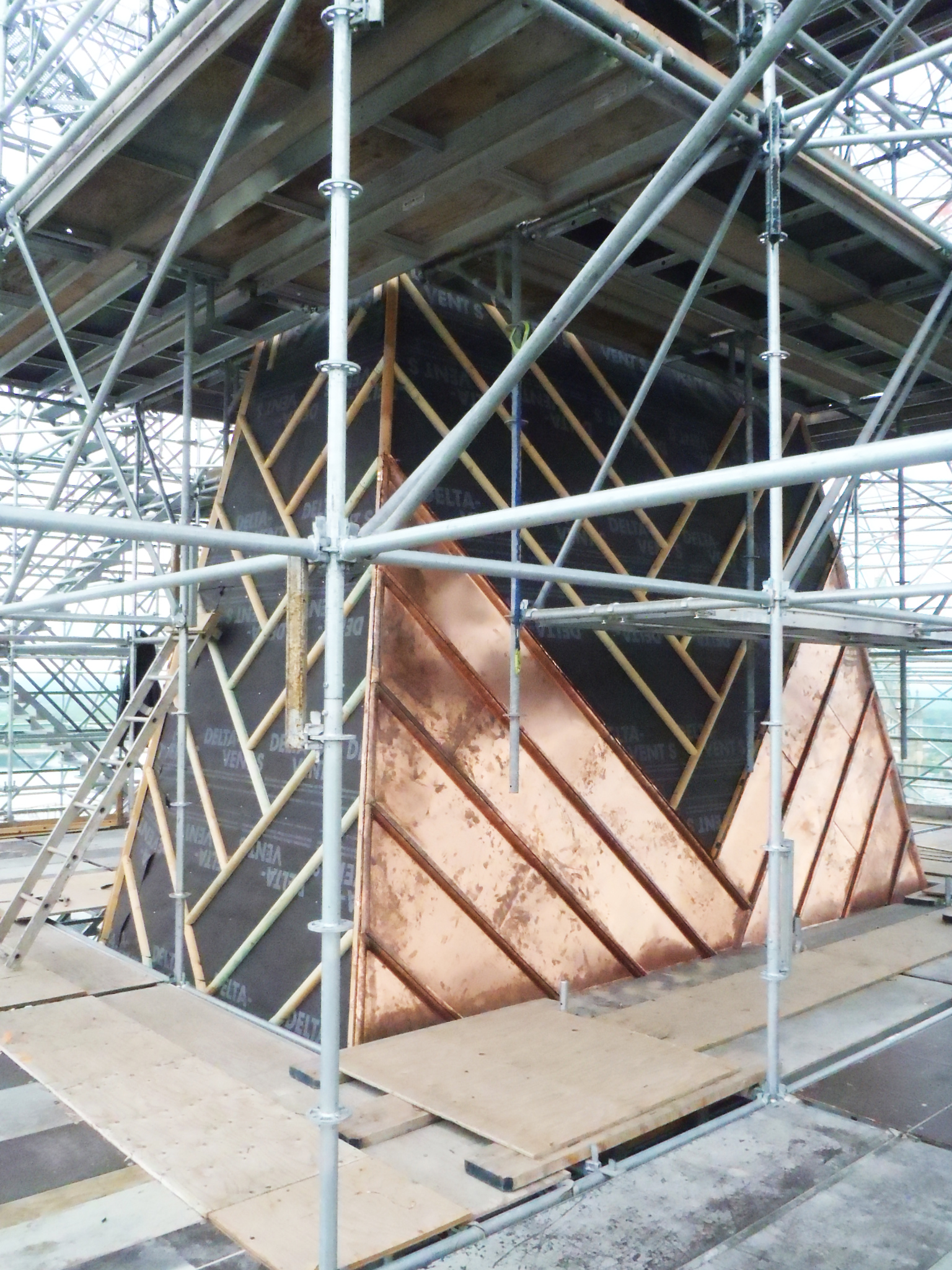