The 50,000-square-foot Margaret M. Walter Wing of the Columbus Museum of Art is influenced by two guiding design principles: the poetry of light and the power of simplicity. The museum’s presence to the north and south is announced through cinematic facades — enclosed primarily with pre-patinated copper — that allow views of the museum’s interior from the street and views of the surrounding neighborhood from within. The design team wanted to use a context-specific, time-honored material in a contemporary way to create a dialogue between the historic and new museum wings. Copper’s shared DNA with the bronze detailing of the historic wing and riffs on the naturally patinated copper roofs and spires of the First Congregation Church nearby made it the material of choice.  The way in which light, shadow, water and snow change its appearance over the course of the year is a form of architectural poetry in and of itself.

The copper clads both the building exterior and the building interior. Keith Panel Systems engineered and fabricated the wall panels on their proprietary KPS System 'A' which provides a compartmentalized and pressure-equalized rain screen. The panels stagger and vary in width per DesignGroup’s specifications and are separated by a reveal system.  Zahner fabricated the building's custom copper flashing and standing seam roof and supplied the pre-patinated copper sheets for the copper wall panels.

The copper is also deployed on the upper gallery using a proprietary Keith Panel reveal system arranged in a pattern scripted by the architect. The orientation of the panels is primarily vertical. Certain panels are perforated and screen a discreet light source that changes the character of the building in the evening. The pre-weathered blue-green color creates a striking presence against a backdrop of natural limestone in a way that feels like it just belongs there. The fact that copper is a living material means that it will subtly evolve over time depending upon cardinal exposure, which will only add to its visual richness. Strategically placed glazing and roof monitors are intended to create both framed views and opportunities for natural lighting. 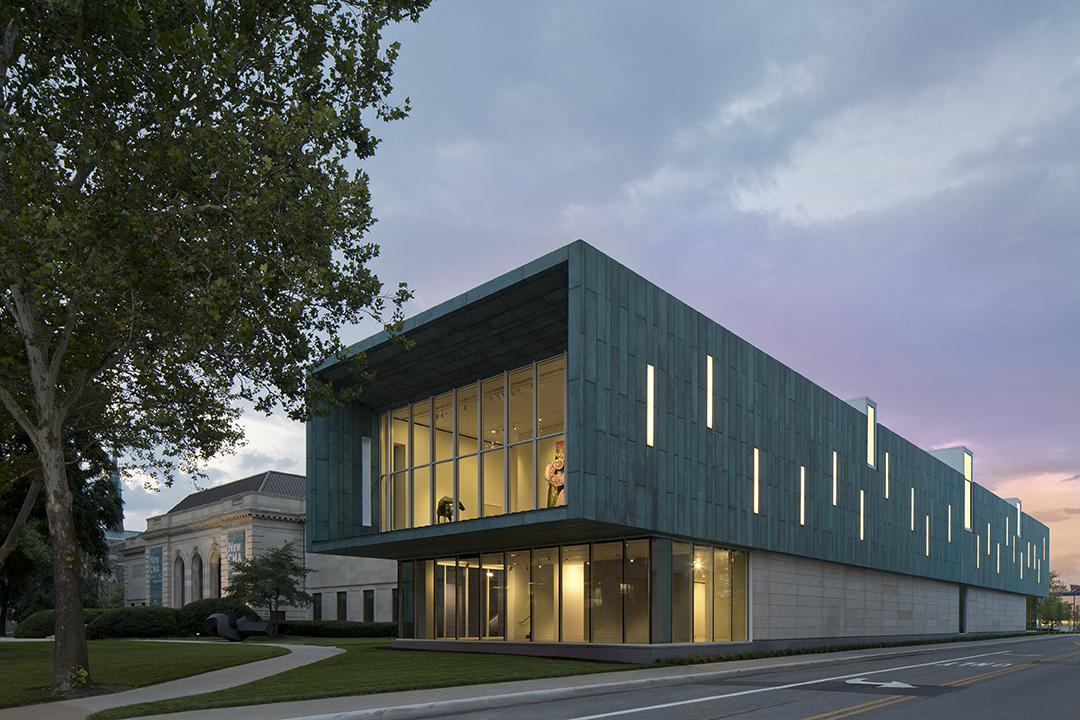 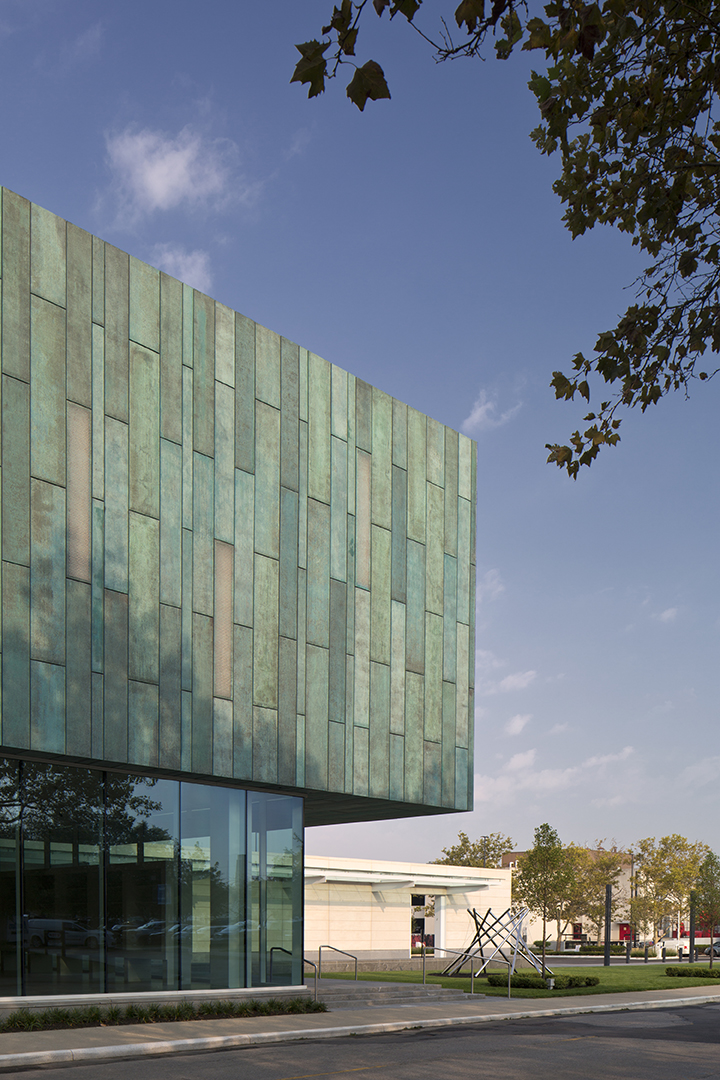 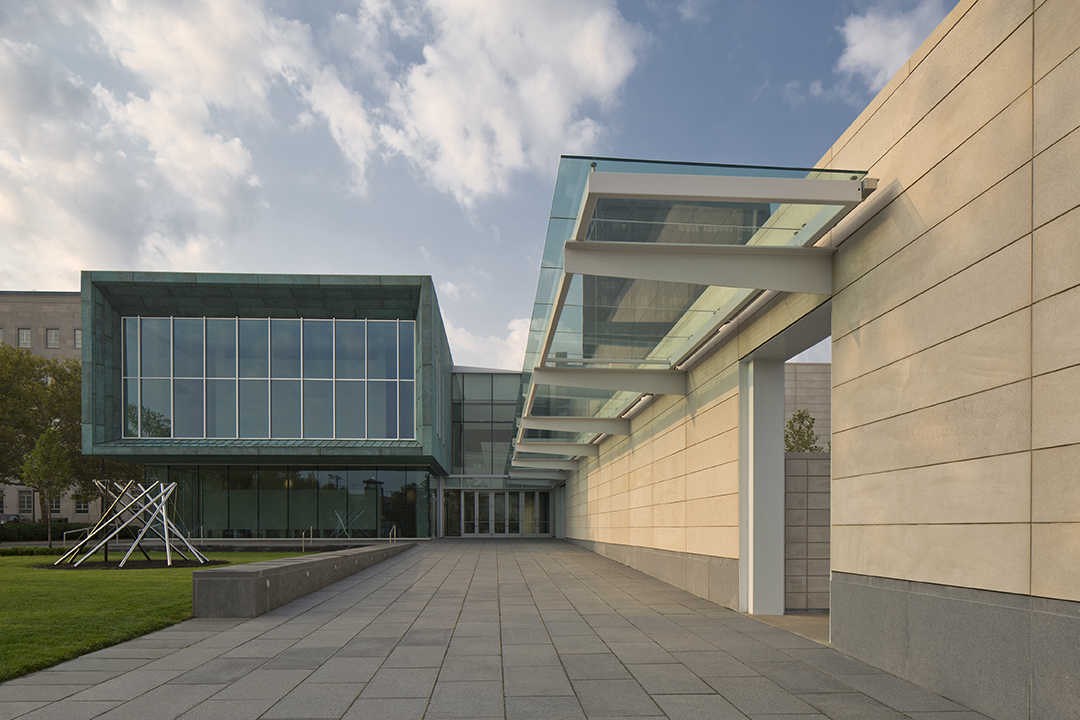 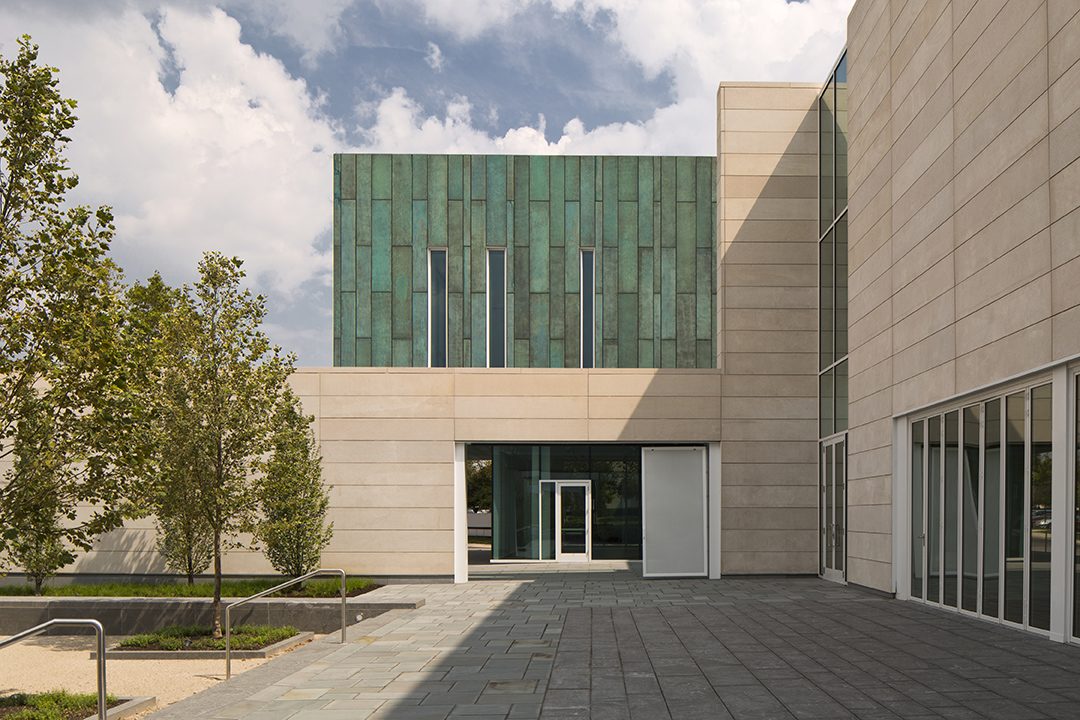 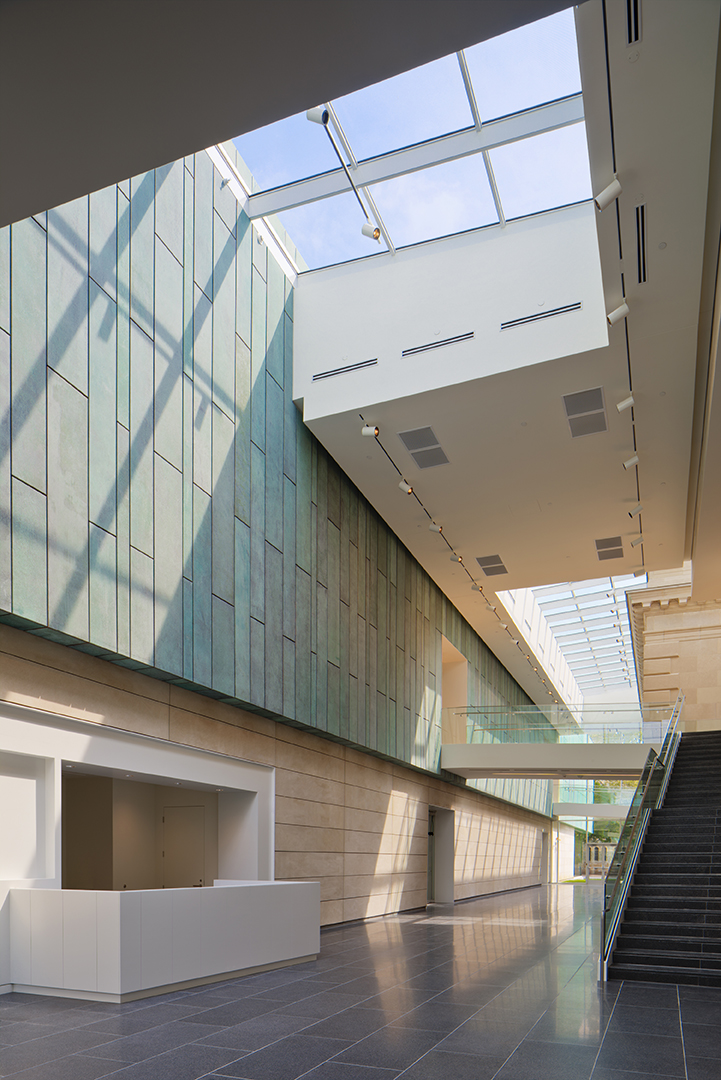 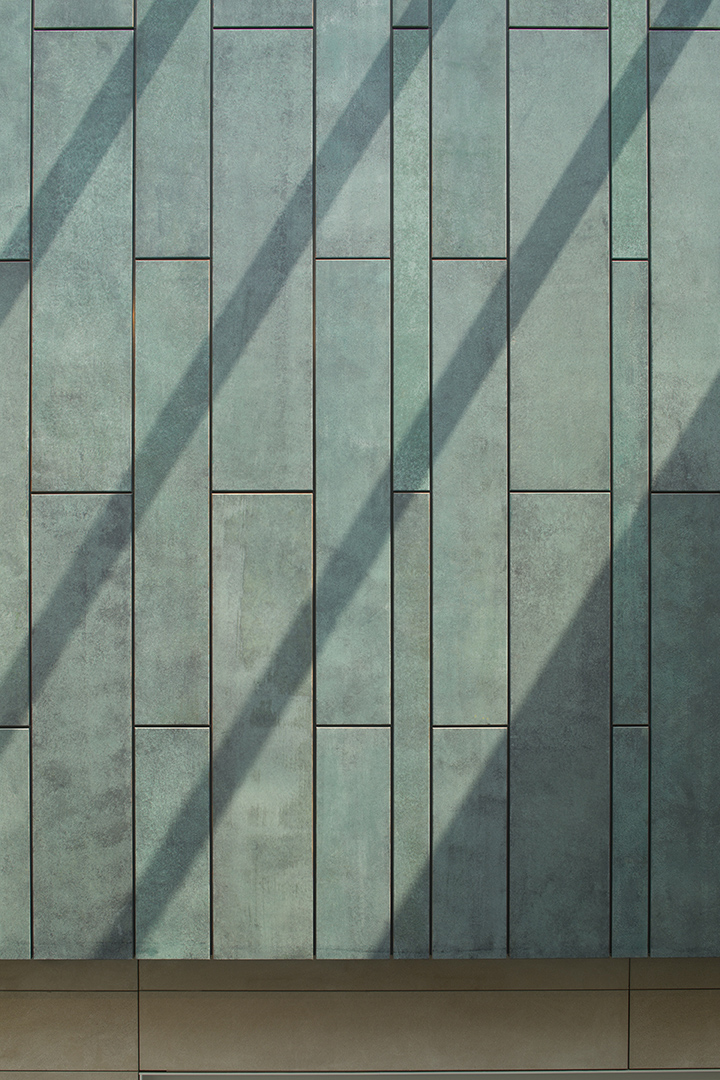 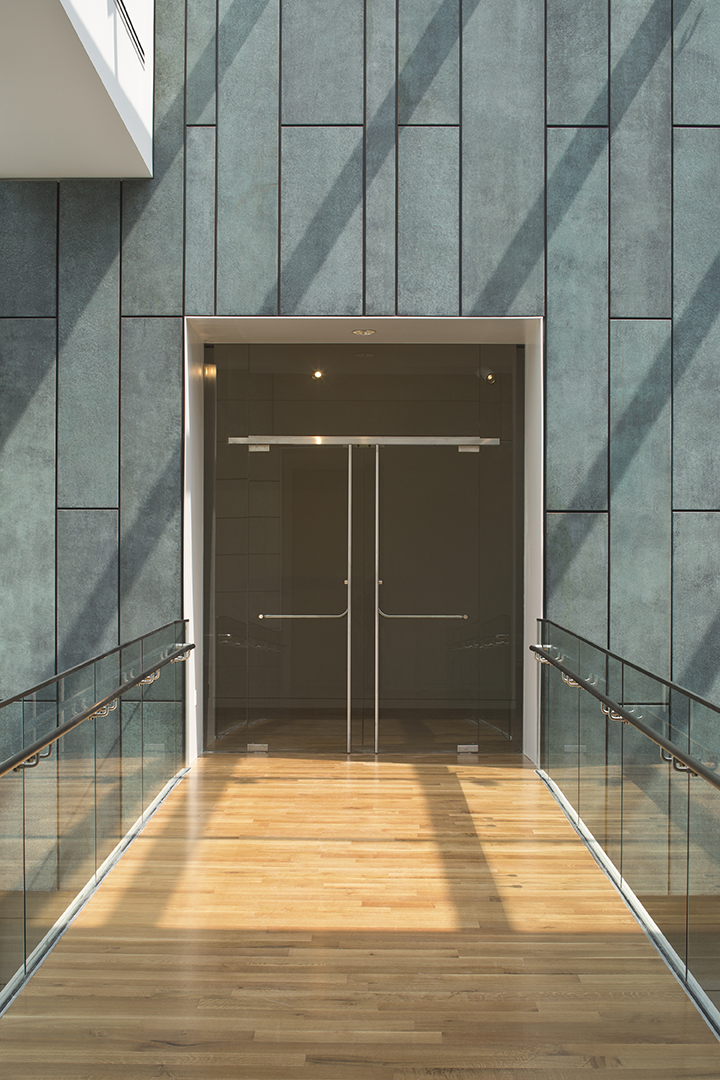 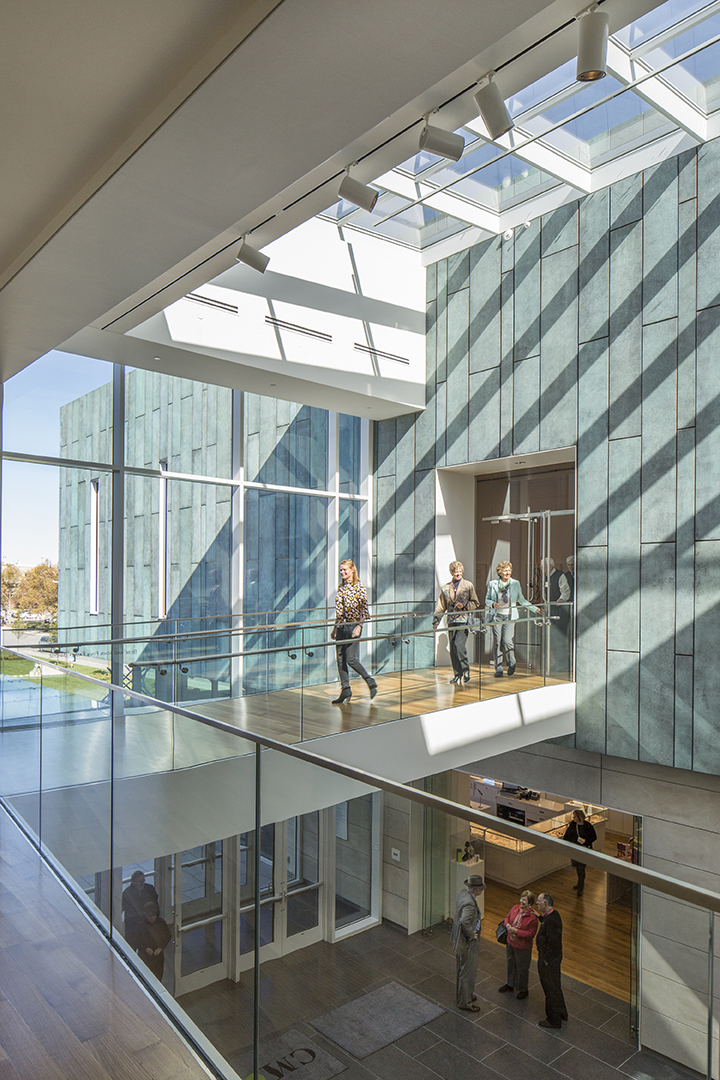