Against all odds, a historic Michigan theater building has regained its original splendor with the help of architectural copper. The Tibbits Opera House in Coldwater, Michigan was built in 1882 and is the second-oldest surviving theater in the state. Its French Second facade, designed by prominent Detroit architect Mortimer Smith, was decorated with intricately detailed sheet-metal cornices, columns, brackets, window openings, arches, a metal-clad balcony, gold-leafed letters and bronze light fixtures. Although the building was the center of civic and cultural life, interest in live entertainment dwindled in the 1930s. The facade was “modernized” by stripping away all the original sheet metal, blocking up the windows, and the building was covered in white, Art Deco-style tiles. By the time the theater went out of business in the early 1950s, there was nothing of the building worth saving. After more than a decade of vacancy and neglect, it was slated for demolition.

Forward-thinking citizens stepped up to save the structure from destruction. In 1963, they formed The Tibbits Opera Foundation and Arts Council and raised enough money to stabilize the building, and hoped to one day rebuild the original façade.  In 2012, the Tibbits Foundation, aided in part by State grants, raised enough funds for work to begin. The $3.3 million project — which took more than a year to complete — saw the full restoration of the facade, including masonry, windows, doors and painted sheet metal. Due to its natural resistance to corrosion, copper was selected as the material to replicate all of the original painted sheet metal. Grand River Builders of Grand Rapids, MI was contracted to complete the restoration.

First, the existing facade was scanned with laser surveying technology to create a scaled building map. Then, the team at Grand River Builders began the challenge of designing and fabricating the facade’s dozens of unique copper elements. Because none of the original ornamentation was available to measure, they worked primarily from old photographs to determine the location, size, proportion and detailing of the pieces. Each unique element was hand-crafted, to scale, in order to make working-shop drawings and to build forms for fabrication. More than 6,000 pounds of 16-, 24-, and 48-ounce copper was used to build the facade. Dozens of stamped half-spheres, capitals, crests, rosettes, fans, rope moldings and egg-and-dart moldings were supplied by W.F. Norman Corporation of Nevada, MO.

All other elements, including the three-dimensional “Tibbits Opera House 1882” lettering, scrollwork, cresting, cornices and ornamental brackets were hand-cut and fabricated from sheet copper. The copper-clad balcony, including a fully-soldered flat roof and bronze light fixtures, was constructed in one piece at the Grand River Builders workshop and then lifted into place above the theater’s main entrance. The fledgling theater is now thriving, hosting community events year-round and a professional theater company during the summer months. Although it was a long time in the making, the dream of restoring the facade never faded. 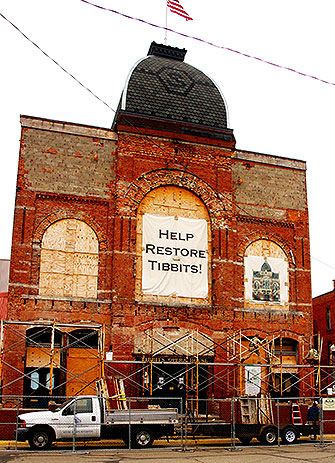 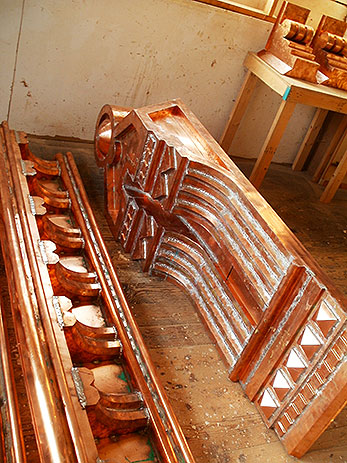 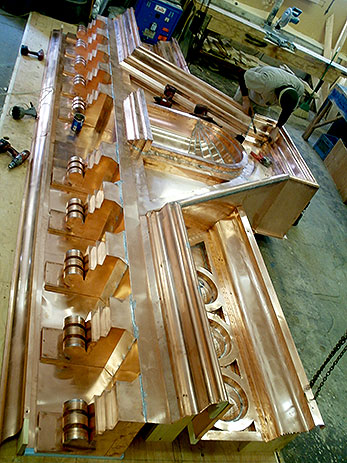 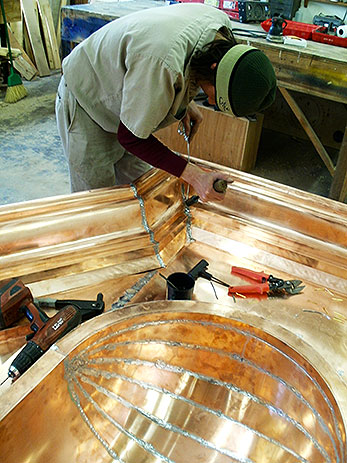 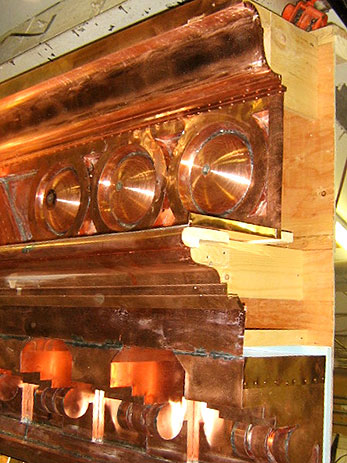 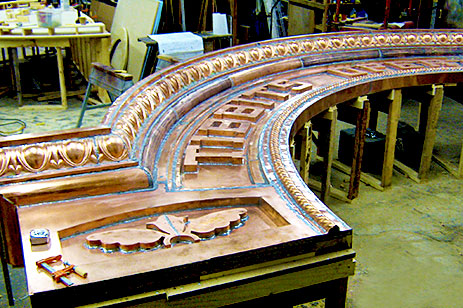 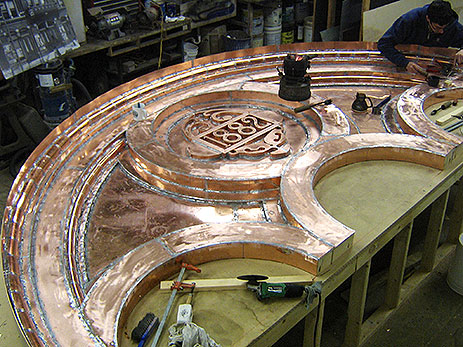 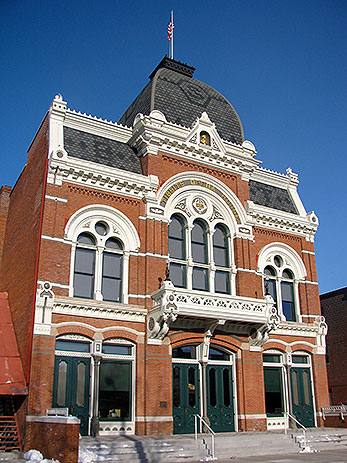 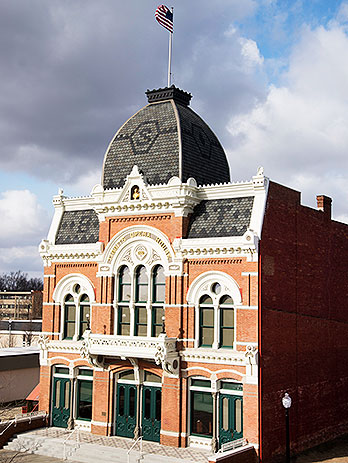 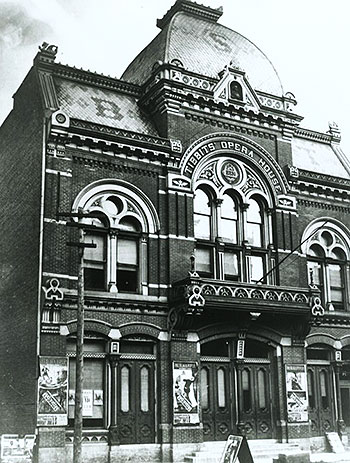