In total, the mill cap of the DeZwaan windmill is covered by nearly 5,000 pounds of sheet copper, all of which was individually cut and hemmed from 20-ounce sheet copper before being secured with brass screws. In many cases, the uniquely curved shape of the cap required that shingles be rolled by hand to ensure they lay flat against the contours of the roof.

The DeZwaan Windmill was built in the Netherlands in 1761, and was later reassembled in Holland, Michigan in 1964.  It is the oldest and only authentic-working Dutch windmill in North America. During World War II, many windmills in the Netherlands were badly damaged and the Dutch government feared the fragile structures were in danger of being demolished, looted or sold.  Seeking to preserve these important icons, they banned mills from being removed from the country.  However, a determined group of Dutch-Americans negotiated the sale and reconstruction of the DeZwaan Windmill as a tangible cultural link between the Netherlands and America.

Its move was approved, under the conditions that it would serve as a functioning mill, grinding flour as it had done for centuries.  Decades after the windmill was moved, long-undetected water damage was discovered in a critical beam. To avoid the risk of catastrophic structural failure, the 80-foot long sails had to be locked in place, halting milling indefinitely. Verbij, a firm of professional Dutch millwrights determined that a full restoration of the mill was required in order to return it to a safe, working condition.

To provide the longest-lasting protection possible, the millwrights insisted that only copper be used to shingle the mill cap and flash the tower. Grand River Builders of Grand Rapids, Michigan was contracted to replace the exterior of the 250-year-old mill, which included restoring copper shingles on the cap and cedar shingles on the tower. Meanwhile, Verbij led carpenters in restoring the cap structure and refurbishing the entire mill’s moving mechanical parts. To do this, the copper-clad cap, as well as the sails, was removed from the 125-foot tall structure by crane. Grand River Builders craftsmen first replaced all the cedar shingles on the tower, then the flashing on all the windows, doors, and hips with copper. Next they shingled the newly rebuilt cap with copper. Each one of the more than 4,000 shingles was individually cut and hemmed from 20-ounce sheet copper before being secured with brass screws. Multiple shaft openings were protected by fully-soldered flashings. Finally, the cap and sails were lifted and reinstalled on the mill. In total, the mill cap is covered by nearly 5,000 pounds of sheet copper. The sails now turn once again, milling flour, and ensuring that an important cultural artifact lives on for generations to come. 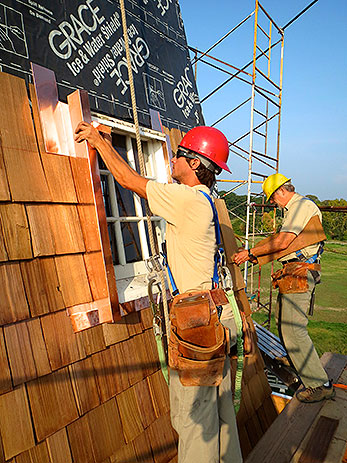 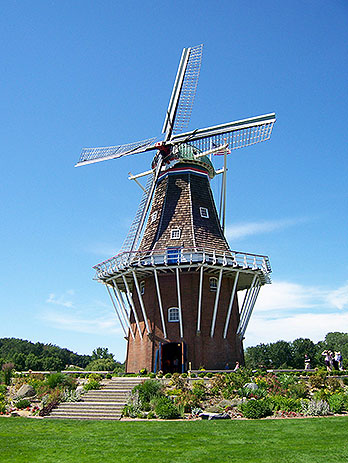 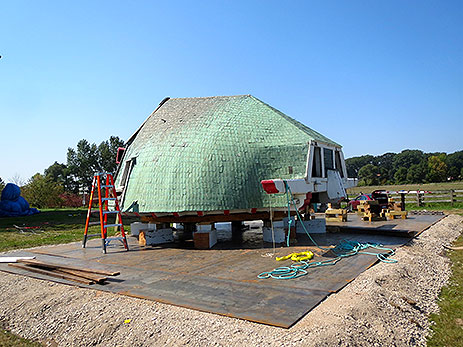 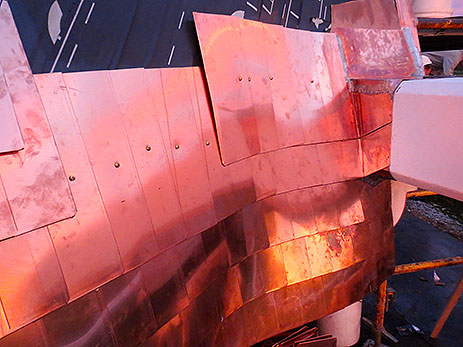 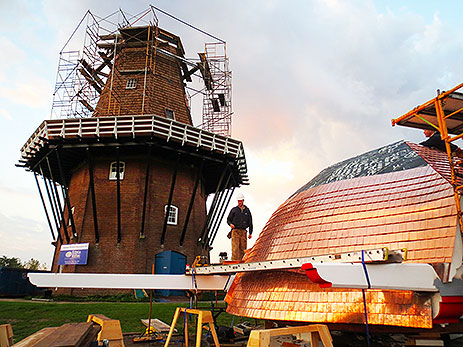 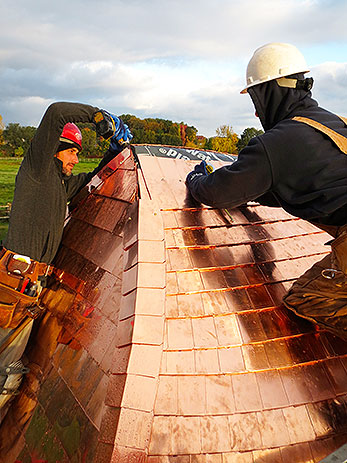 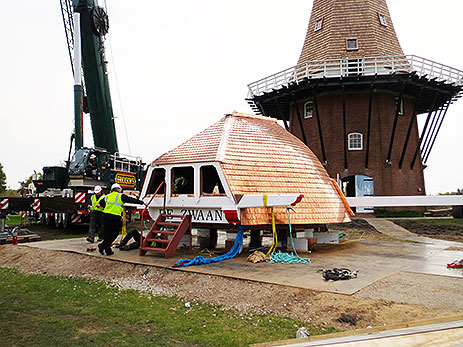 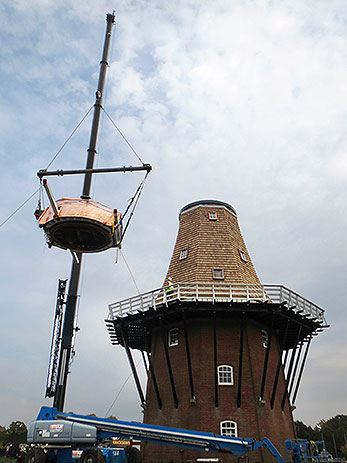 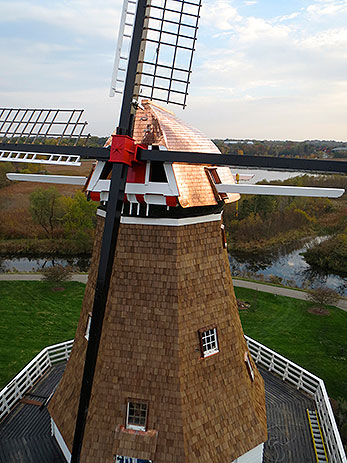 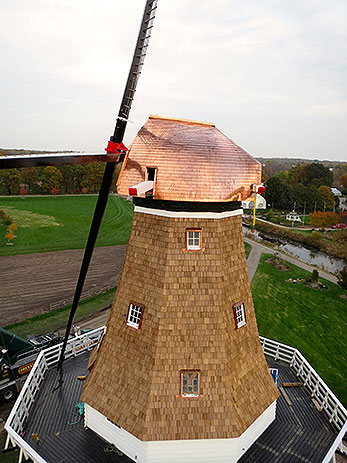