The renovated Building 52 clock tower, which has stood since 1908, is topped by an octagonal copper dome clad with pre-patinated 16-ounce crimped copper and 20-ounce smooth copper, surrounded by four ornamental copper lamps.  After a piece of stone fell from the Building 52 clock tower’s cornice, Treanor Architects was hired as the historic architecture consultant to evaluate and design repairs for the tower.  An evaluation of the structure revealed that the dome, lamps, and masonry needed extensive repair and replacement. The historic copper dome and lamps had been repaired several times, utilizing sealant and auto body repair putties, but tears and signs of fatigue were still prevalent. The dome was only partly sheathed, leaving copper unsupported, and rot and storm damage was found in the framing and sheathing.  Pre-patinated copper was chosen as the replacement to maintain as much of the historic appearance as possible. The structure of the new dome, engineered by Dudley Williams & Associates, P.A., allowed for it to be constructed at ground level and hoisted into place once completed. This construction process made it possible for the sheet metal and masonry work to occur concurrently without the trades interfering with one another. The masonry under the dome required significant repair and modification to improve detailing that led to rot in the original dome base plate. Sourcing crimped copper in the same pattern as the historic material required consultation with multiple metal fabricators with antique or vintage equipment. Heather and Little, Ltd was found to have the best match and crimped pre-patinated 16-ounce sheets for use in the reconstruction.

Renaissance Roofing provided custom replication of all four of the 7.5-foot tall, ornate lamps, and coordinated the fabrication of new internal structural supports and anchors. The lamps, made from 16-ounce copper, were built from a large number of hand-worked, curved pieces. Each globe assembly has 38 individually curved shapes that were pressed, and then shaped further with an English Wheel. The pieces were then trimmed to size, fit together in a jig and soldered to form one half of the globe.  After the lamp components were ready for final assembly, a chemical patina finish was applied that would be similar in appearance, to the copper used to clad the dome.

The original copper finial for the dome was salvaged, repaired, outfitted with a new structural support and reinstalled after the dome was set in place at the top of the tower. The existing dome was built in place on top of the tower, therefore it was not designed to be lifted by a crane. To counter this problem, Renaissance Roofing designed a rigging system that worked for hoisting both the old and new domes. The system was lowered through the wooden ring that formed the base of the finial. The planning paid off and the dome was successfully hoisted into place on the first attempt. 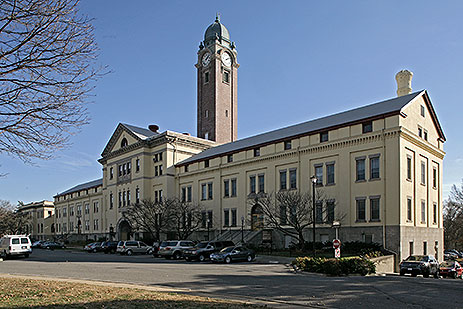 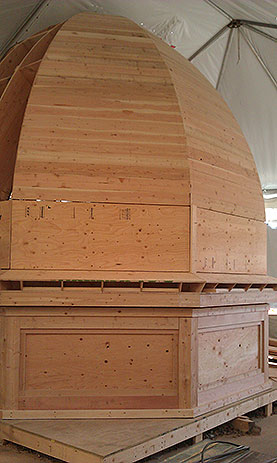 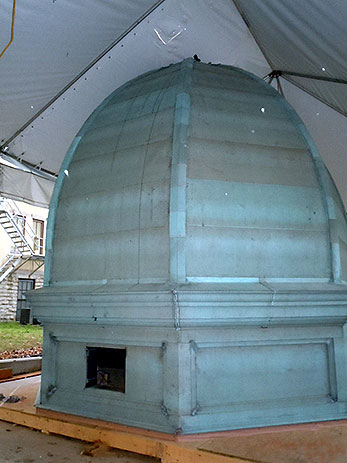 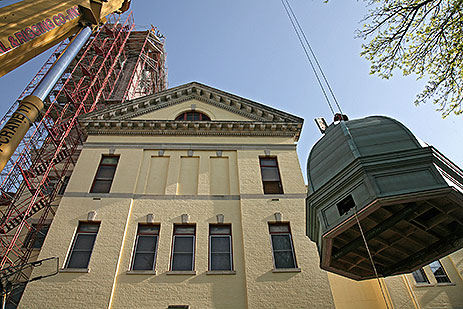 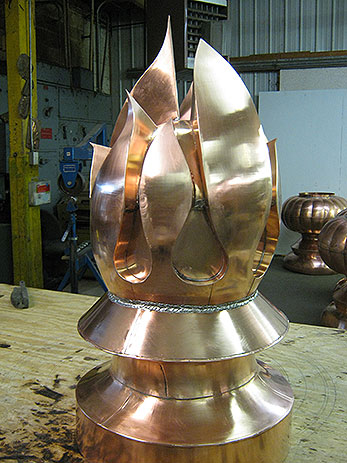 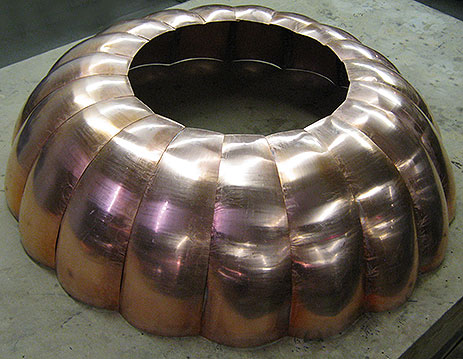 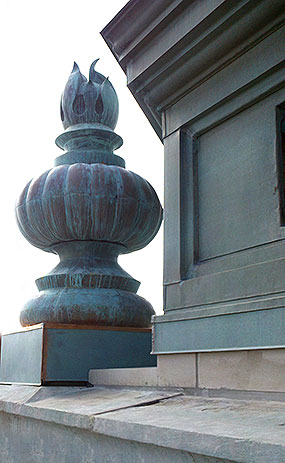 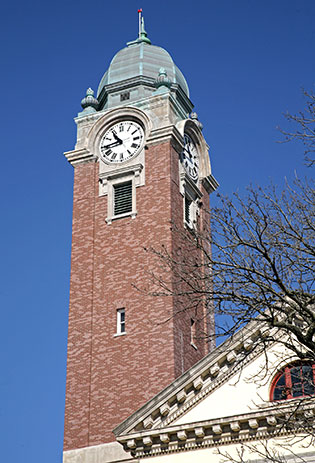