A 22-foot copper spire is the central focus of the NY Mercantile Exchange Building Condominium in Tribeca designed in conjunction with Landmarks Preservation Commission & Howard Zimmerman Architects.  This copper spire rests atop of a cupola clad in copper shingles that replaced the damaged slate roofing of the original building.  The building originally served as the NY Mercantile Exchange headquarters and was designed by Thomas R. Jackson, who designed the building in the Romanesque Revival style with picturesque copper ornamental elements.

As the copper of the original building deteriorated over the years, B&B Sheet Metal was approached to fabricate and restore all the copper elements throughout the building.  After months of planning and deliberation, a design was approved by the commission and the New York Mercantile Board of Governors.  By combining the existing copper components with new technology, B&B Sheet Metal was able to bring the historic design back to life.  The existing copper dormers were removed from the site, carefully measured, modeled in 3D, water jetted and fabricated. Every detail was painstakingly replicated in a digital model which allowed for its recreation in copper. A total of four copper dormers were created using this method.

In historic images of the building, a flagpole is shown rising from the tower.  As no one knows what happened to the flagpole, a spire was chosen by the owners to replace it. The spire was fabricated with the use of spinning and brake forming, while the corresponding components were fabricated by hand and brake forming. 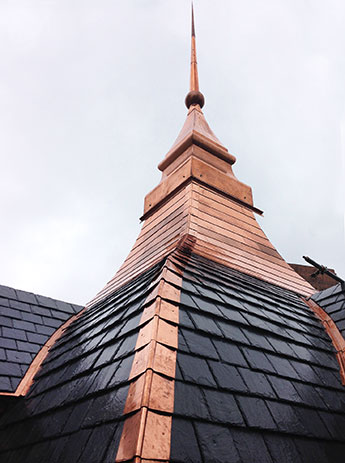 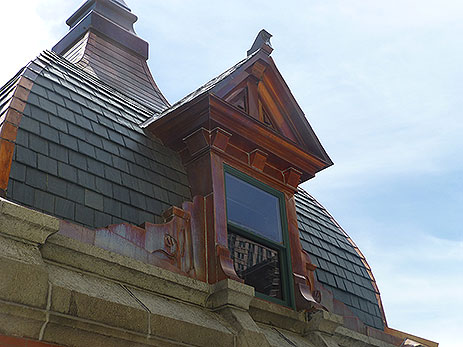 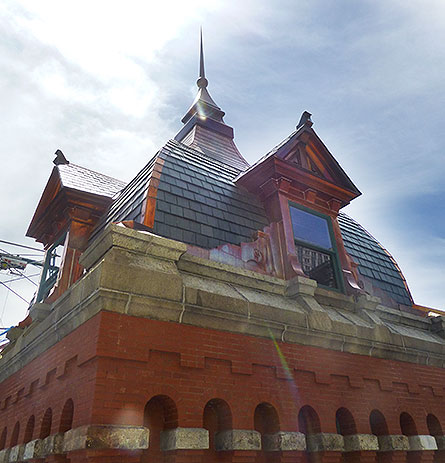 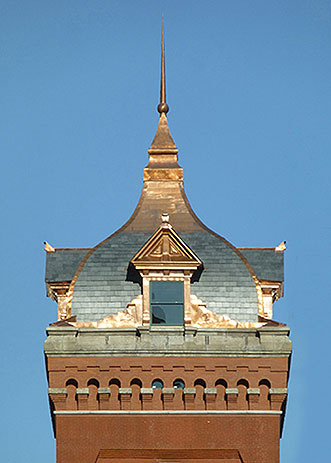