As a primary building material for the Maricopa County Downtown Court Tower, copper was selected for its material richness capable of expressing dynamic sensory qualities and the ability to soften the massive scale of this building. The 693,000 square-foot court tower resides at the southwest corner of Madison Street and 1st Avenue. The 14-story tower houses 22 criminal courtrooms with space to expand to 32 courtrooms in the future. The project includes a copper-clad pedestrian bridge over Madison Street, which connects the new tower to the existing court campus. This downtown monument is clad with 182,750 square feet of copper, which was selected for its complex and various physical and phenomenal attributes. Copper, with historical links to Arizona, conveys a tone of belonging to the region. The downtown court tower was conceived as a 100-year building and copper, considered a 'lifetime material,' was chosen for its durability. Since approximately 92 percent of the copper used was made of highly-recycled content, its second life lessened the environmental impact of initial excavation. Its malleability also permitted the creation of various textures on the building facade. The use of these interweaving textures, alternating flat and tapered standing-seam copper, helped soften the scale and massiveness of the substantial court tower building. Perhaps, above all, copper has a distinct and dynamic quality unlike other building materials. Its material depth is able to color the court tower in a deeply rich and emerging patina. Custom-taper seams cast skewed shadows that contrast the machine-like regularity of other materials and building forms. 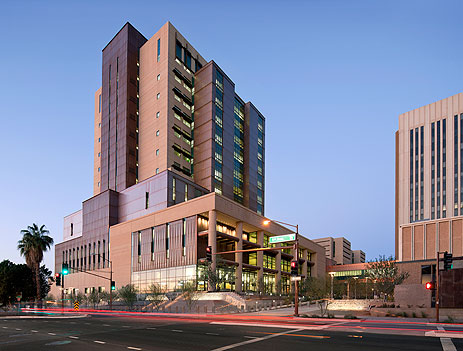 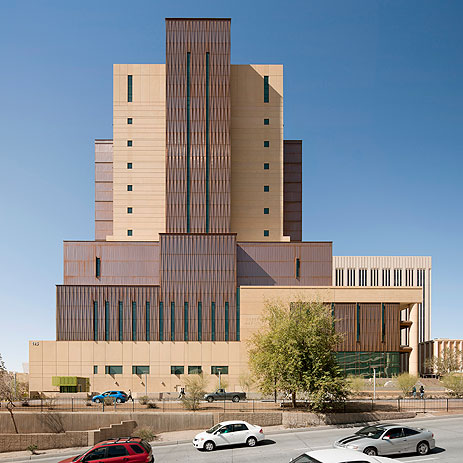 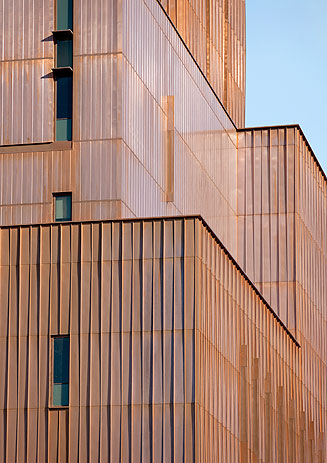 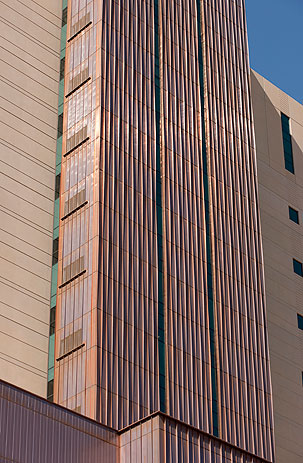 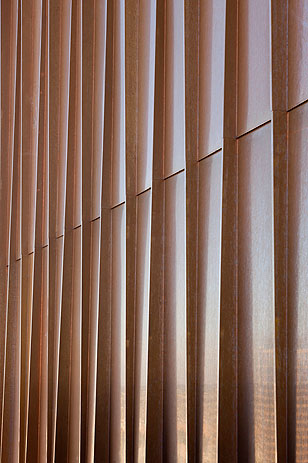 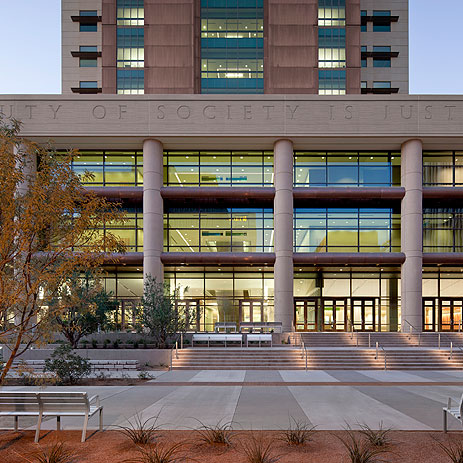 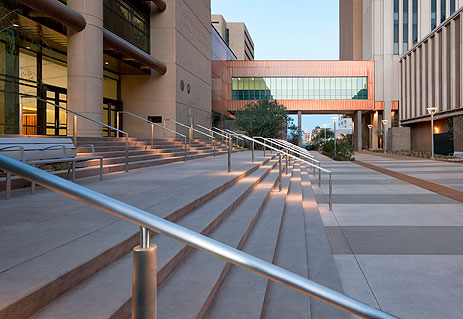 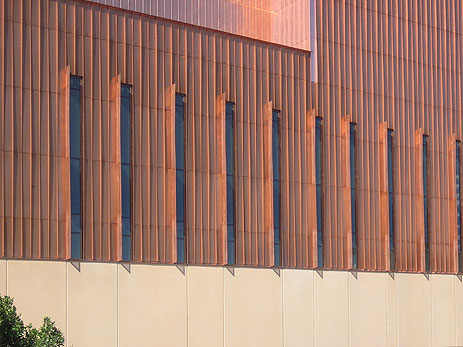 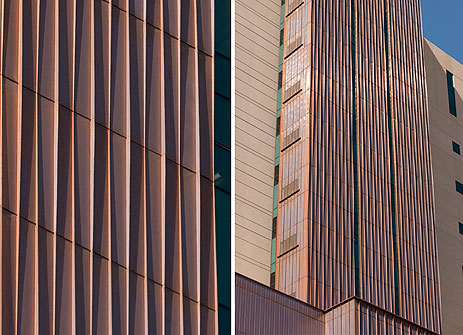 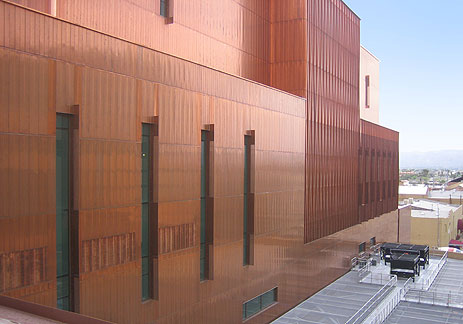 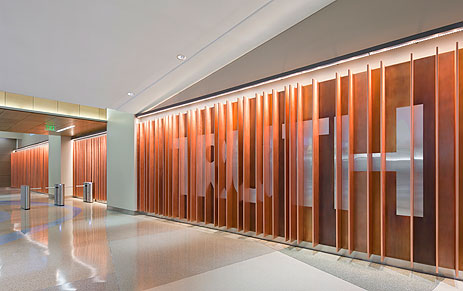