The Coweta County Courthouse located in Newnan, GA, was built in 1904. The Neoclassical styled courthouse was designed by J. W. Golucke, an architect who specialized in designing county courthouses at the time. Because of the strong vertical projection of the portico and clock dome, the Coweta County Courthouse is considered his "most ambitious" of the 27 Golucke constructed. Lord, Aeck, & Sargent Architecture headed the recent restoration, which began in 2008. Steinrock Roofing & Sheet Metal, Inc. was contracted by Headley Construction Corporation out of Newnan, GA, to restore the exterior walls and ceiling, dome roof, and cupola of the courthouse.

The scope of work on the Coweta County Courthouse began with the removal of the copper skin of the walls, ceiling and roofing. All decorative and structural pieces were replicated and reinstalled using 20 oz. copper.

Each piece of roofing and decorative detail was carefully removed, lowered to the main roof initially, and subsequently lowered to the ground for shipping to Steinrock's sheet metal shop in Louisville, KY. Here, wooden forms were built, and each copper piece was fabricated, assembled, disassembled, and transported back to the jobsite to be reassembled and installed.

Significant challenges included the thousands of individual hand-cut pieces that were assembled and installed to replicate the original details. Additionally, we faced the painstaking task of devising an effective cleaning solution to restore the 1,580 feet of copper guttering to an acceptable level of luster. The process involved restoring and repairing the original copper of the main lower perimeter of the building to address the 100+ year accumulation of oxidation, minerals, tar and caulking. These elements were removed with high speed nylon grinders and hand sanding. Loose or missing fasteners were replaced along with any missing pieces. And drip edging was incorporated to correct the staining problems. Lastly a three-step chemical process was employed to return the bright copper to an aged appearance.

Though challenging, the project was an excellent opportunity to further the restoration and preservation of America's architectural history. 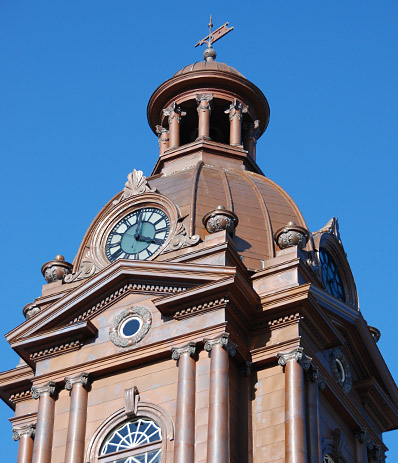 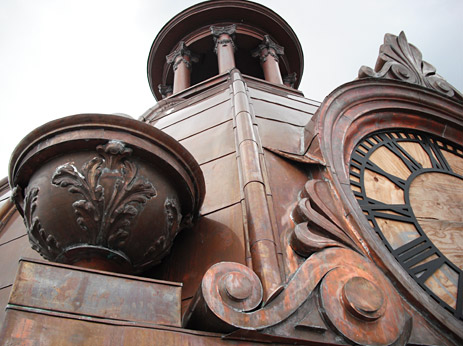 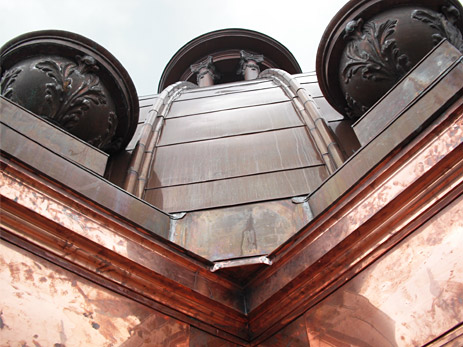 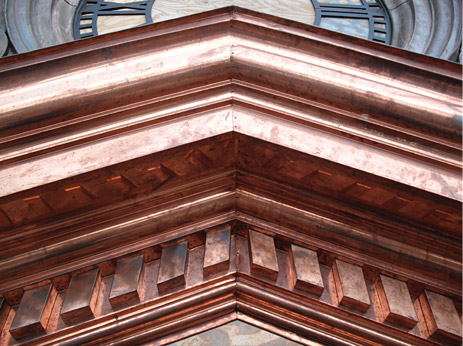 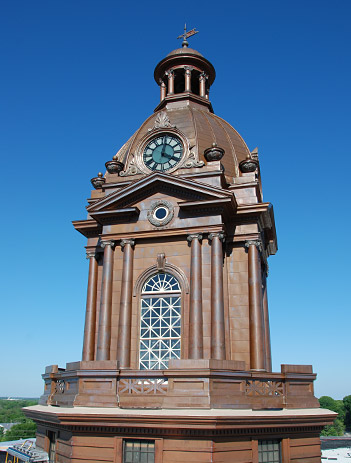 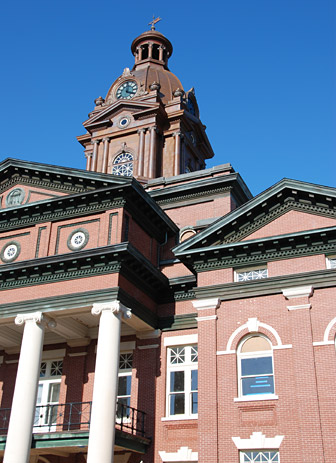 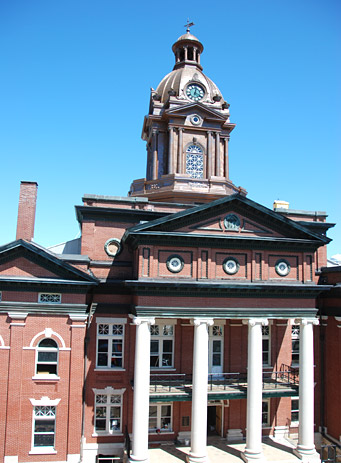 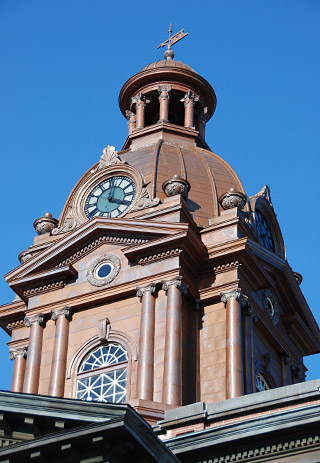