The Visual Art Center at Western Michigan University consists of large public exhibit areas, a student exhibit area, classrooms, and student lounge space. The building uses form to express and delineate public functions such as student exhibits, main exhibits and lectures. While most areas of the building serve both the public and the student population, the areas listed above represent those of interest for the vast majority of events.

The formal expression on the exterior of the building helps define the layout and identify likely destinations for those unfamiliar with the Visual Arts Center. The destinations are further clarified by the internal planning which places the entries to the exhibits and lecture halls at major visual intersections. The exhibit areas - the most prominent and important aspect of the building - are wrapped in a dynamic bent copper plane forming both the roof and south wall, while allowing light to bleed in via north-facing clerestory glazing. The copper skin peels away to allow the Miller (Plaza) connector to pierce through and then cut back at certain points to allow light to enter and to frame views.

The copper skin is further articulated to start hinting at the interior program. Careful study of the articulation reveals its expression of circulation zones and the split between main and student exhibit areas. The lecture areas, wrapped in a metal skin, undulate in plan but are formally more restrained in section, thereby avoiding competition with exhibit areas. Large expanses of glass on the east face of the lobby/reception area, separate the metal planes from the visually heavier precast concrete panels that clad the rest of the Center. 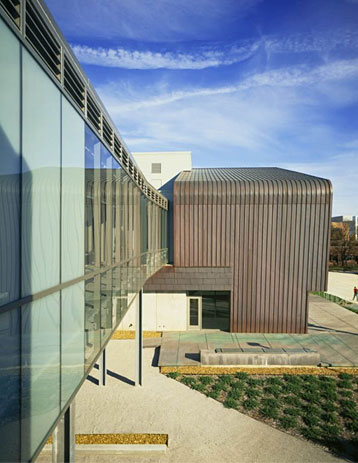 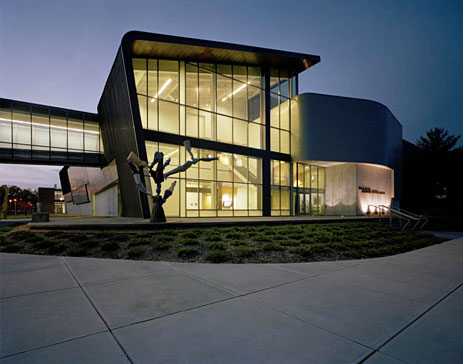 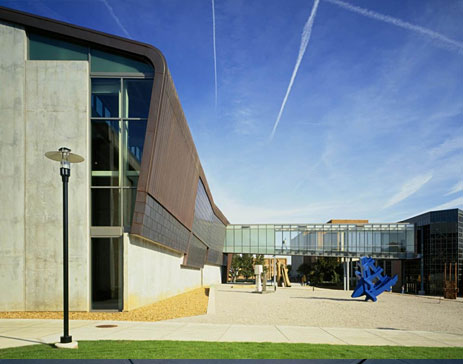 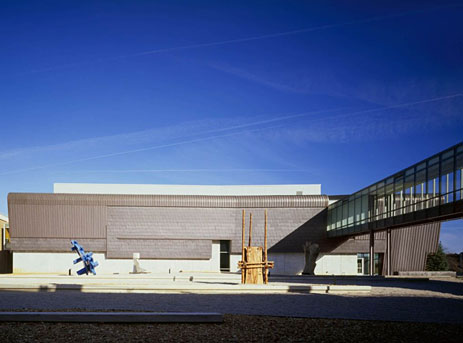 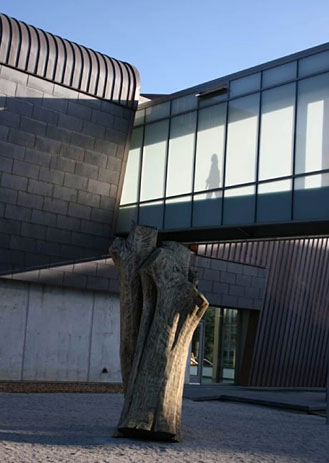 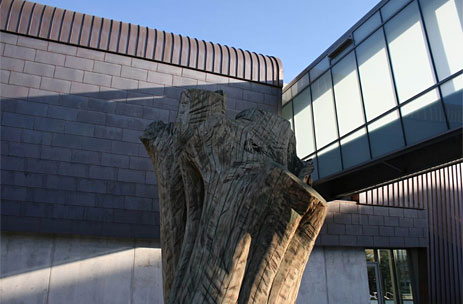 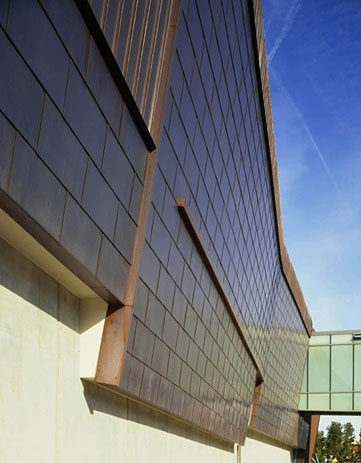 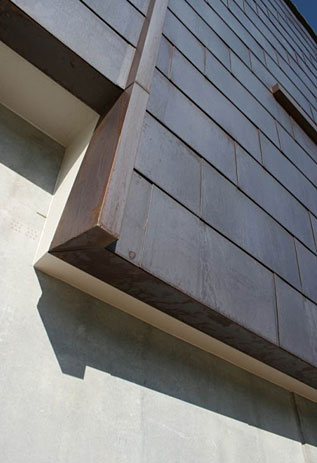 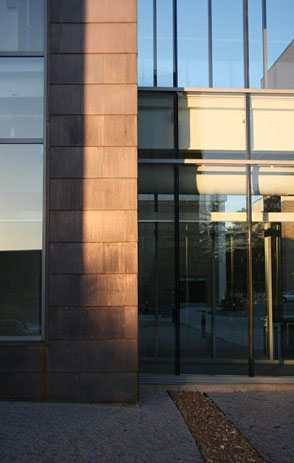 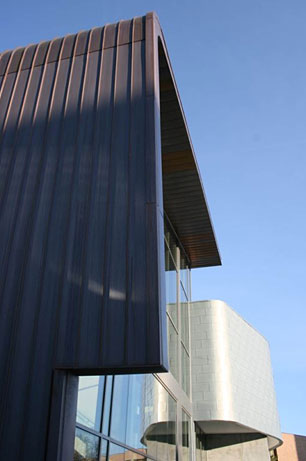