Located in one of Canada's Atlantic Provinces, the New Brunswick Legislative Building is the building that houses the provincial assembly. Opened in 1882, it was designed by architect J.C. Dumaresq following the destruction of the original building (known as Province Hall) by fire in 1880. It was designed in Second Empire style, the signature style of Saint John following the fire. One prominent feature of the Legislature is its 41-metre wide dome.

The fabrication of the dome in copper was a key part of the restoration project. It included replacement of decayed wood framing and sheathing with new wood construction where required, and the replacement of deteriorated galvanized steel cladding with copper, as was the original architect's intention. The new 16-oz. copper cladding featured the ornate forms of the original dome. The weatherproofing was improved with the addition of waterproofing membranes and roof-shield fabric underneath the cladding. Ventilation was designed into the project to improve performance of the new building envelope and longevity of the original timber structure of the upper unheated portion.

The restoration was carried out by Heather & Little, Toronto-based specialists in ornamental metal restoration, in association with New Brunswick companies and tradespeople. Heather & Little are perhaps North America's most prominent copper fabricator and contractor. Some of the many projects they have been involved with include domes and roof structures for Notre Dame Cathedral in Ottawa, the Manitoba Legislative Building, the Thomas Jefferson Congressional Library in Washington, D.C., San Francisco City Hall, and the Library of Parliament in Ottawa, for which they also received a NACIA Award last year

According to a company representative, the detail of the hand-crafted copper fabrications required to copy the original metalwork was as varied and complex as any of the other important projects on which they have worked.

The architect for the restoration of the site was D.M. Steeves & Associates of Fredericton, New Brunswick, who is heavily involved with restoration issues, both in his everyday practice, and through his involvement with groups like the Fredericton Heritage Trust. 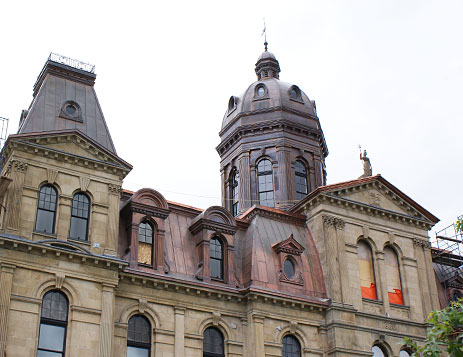 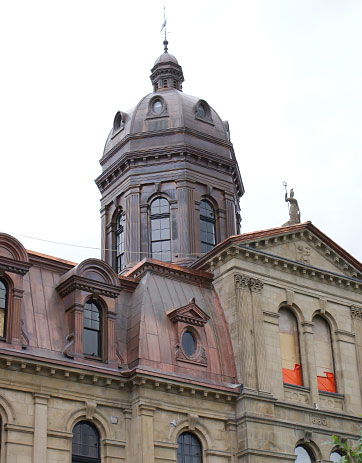 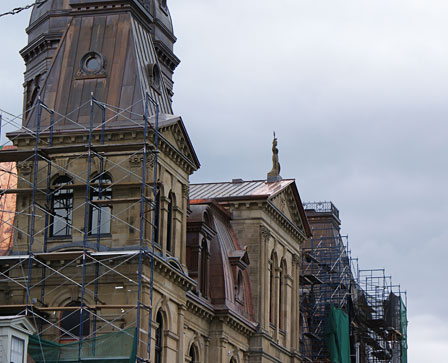 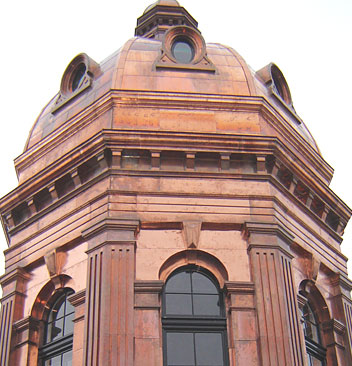 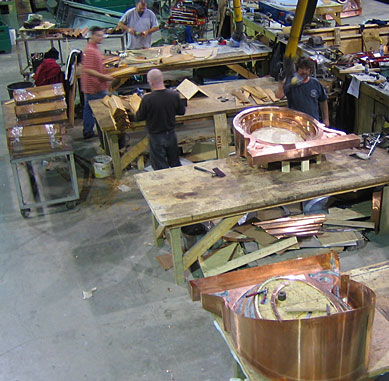