When given the opportunity to construct a new building to bring Penn State's schools of Architecture and Landscape Architecture together, both of which had been teaching sustainability for a number of years, the designers set out with the objective of matching the design with a number of the school's values and teaching principles. From the recycled-copper cladding, which covers the majority of the building's exterior, to the extensive use of glass, to remove the division between the inside and outside worlds, their success is apparent.

Throughout the project, copper was considered the clear choice of material for many reasons: its recycled content; local availability; high rate of recyclability at the end-of-life cycle; low or non-existent maintenance costs; and, superior durability. Further, as this project called for a much sculpted exterior which fit with its more traditional surroundings copper proved to be the ideal material with which to work.

The cladding used traditional flat seam techniques to tie the building into its more traditional surroundings and older campus buildings situated close to it. The design flexibility achieved with copper allowed the designers to use the amount of glazing desired while minimizing the glare which can often accompany it, by manipulating the copper to create vertical and horizontal sun shading. The shading minimizes glare and also reduces temperature variation within the building. The designer, Joe Nagy of WTW Architects, commented on how due in part to the complexity of the project, they had concerns about effectively bringing all of the different envelop elements together as planned. To help address this they went so far as to build a 20x15 foot mock-up of the envelope and called on R. H. Marcon Roofing to conduct the installation of the copper cladding on the mock-up. Although they had limited experience, at the time, in cladding and were a relatively small firm Marcon showed a real commitment to the project and its design, working with the designers to achieve their vision. This effort paid off with both the final product and Mr. Nagy referring to them as "one of the best contractors they have ever worked with." 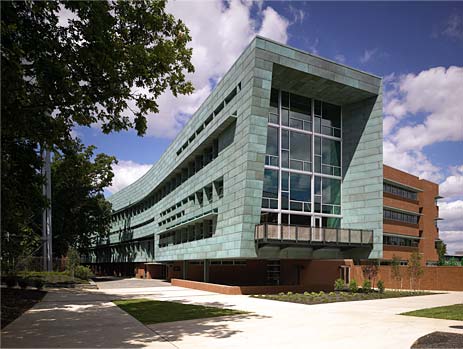 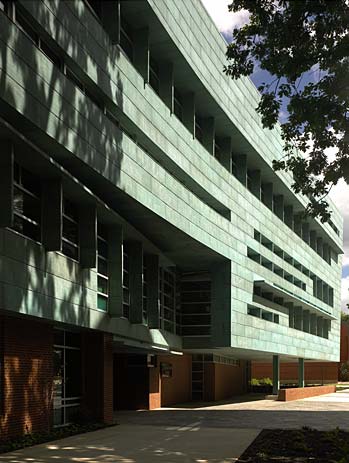 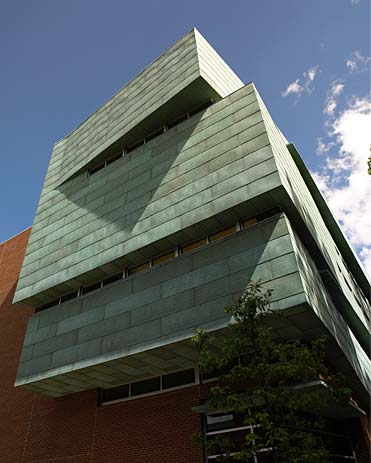 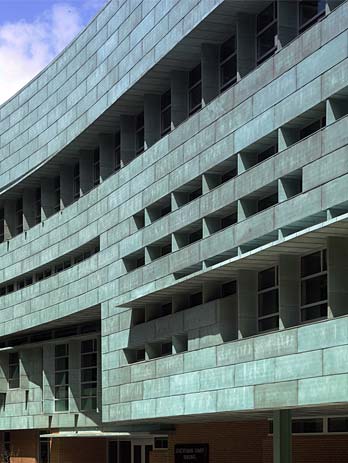 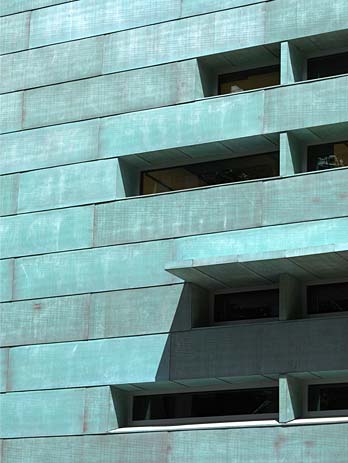 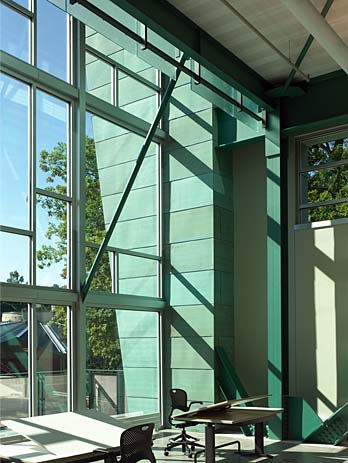 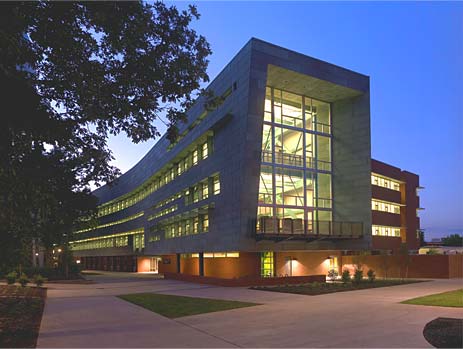