As part of the ongoing renovation projects on Parliament Hill, in Ottawa, a major component was recently completed with the total rehabilitation and upgrade of the Library of Parliament. The magnificent structure first opened in 1877 after 18 years of construction. The original design by Thomas Fuller and Chilion Jones was based on the style of an English Gothic Chapter House and the Reading Room at the British Museum.

One of the most prominent features of the structure is its magnificent copper roof. In fact the old copper sheet removed from the roof was not recycled as is normally the case with aged copper. Instead a significant portion of the copper was fabricated into panels that now grace the interior of the new Canadian War Museum, another Award winner.

The roofing contractor for the project was Heather & Little Limited, a firm with a wealth of experience on some of Ottawa's and Canada's most notable historic projects, including the Centre Block on Parliament Hill. In recent years, their work has spread to various American cities, including New York, Washington, Atlanta, San Francisco and elsewhere.

The rehabilitation work is intended to give the Library an extended life span of 50 additional years, and many of the changes (both to the exterior and the interior, as well as the mechanical and electrical systems) reflect that goal. Since a properly designed and installed copper roof should last upwards of 100 years or more, the next time the Library needs a facelift, the copper should still be performing as intended. It will feature the beautiful natural patina that one associates with the copper roofs on Parliament Hill in the nation's capital. 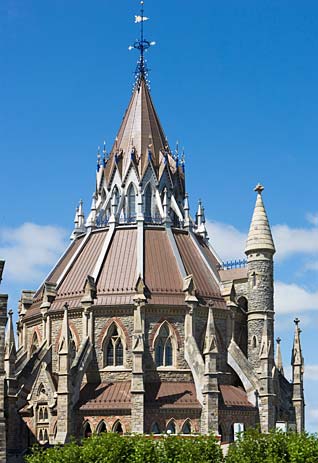 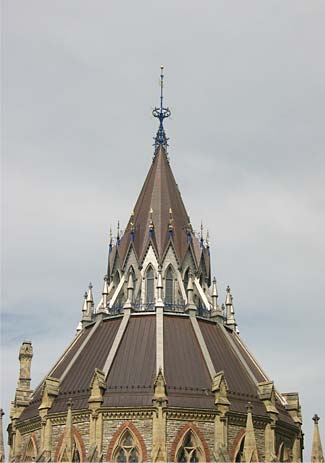 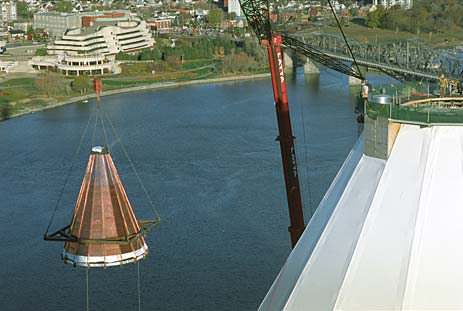 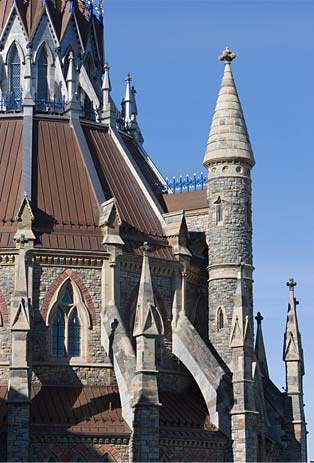 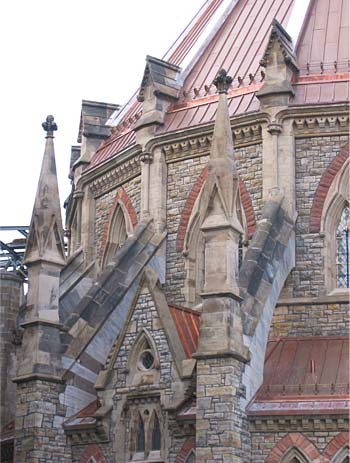 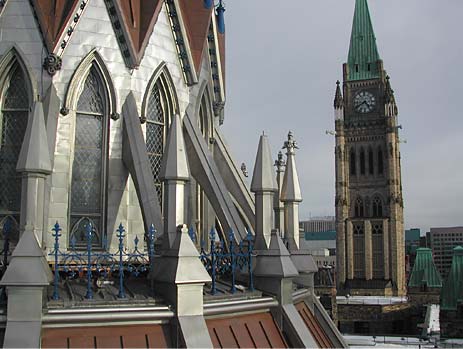 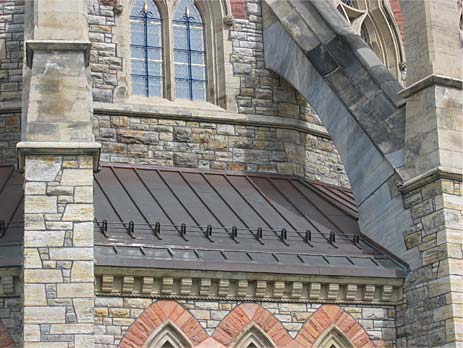 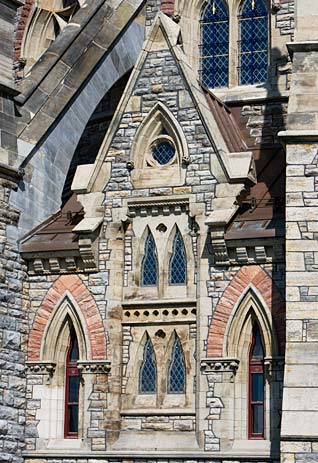